**I'll post a Jack-related message later this evening, as he is 2 months old today!! But for now, here's a review of Harry's party.

We told Harry his 2-year bash called a partay, not a party, weeks ago. Mean, huh?

He wok up at 5:40 saying, predictably, "Presents. Ho ho ho. Santa Claus," so we stumbled downstairs, mashed the "on" button on the Mister Coffee, and watched Harry go to town with the mound of gifts stacked next to the Pack n Play. And we have wised up so much since Christmas-- we removed everything from its box, assembled it, and added batteries before wrapping. This made for ugly packages and much less morning mess. Then we got dressed for his big celebration at our favorite burger joint.

Harry got everything on his list-- a bike, a helmet, a watch-- and more stuff like a vacuum and a fire chief helmet and about a thousand more plastic toys that he and Jack could choke on or get lead poisoning from. Good times. 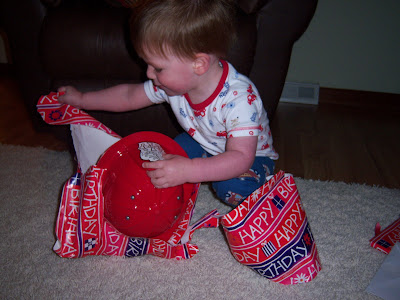 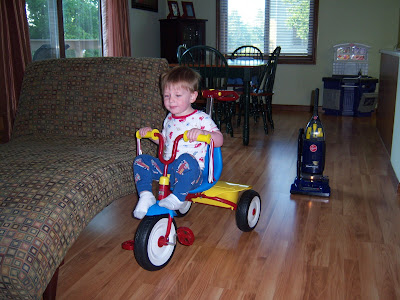 Jack was underwhelmed by the whole thing 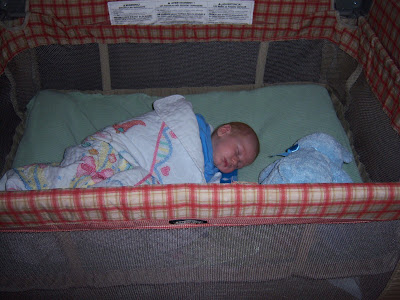 Harry blew the candle out on his breakfast cupcake 3 times. This is #2. 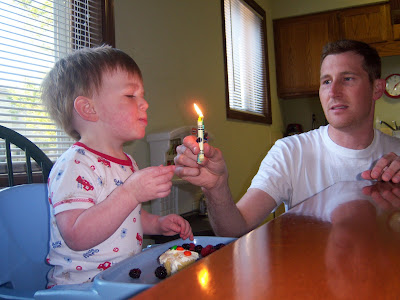 He was so good-- he chilled in this chair almost the whole time and had at least one fun moment with each of his guests. He also loved the mountains of junk food, another candle to blow out, and of course the gifts! The good news is we found the secret to keeping him happy in restaurants. The bad news is, it's a teeny bit impractical for daily use. 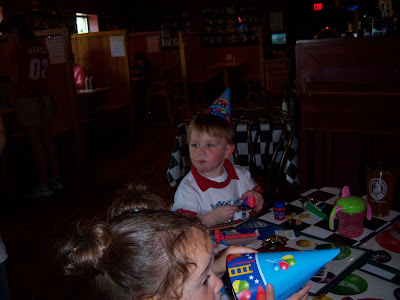 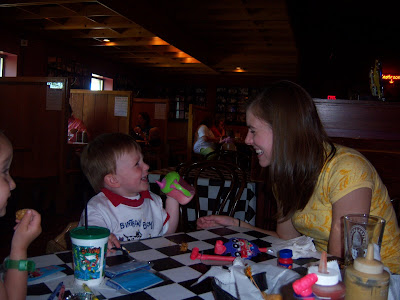 Harry and Jo deep in conversation 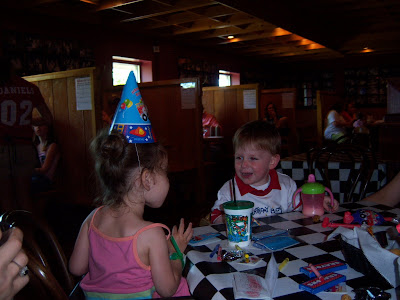 The ugliest cake ever. Also NOT what I ordered-- ask Jamie who was sitting right next to me when I called the bakery. It did have the airplane and helicopter Harry requested, but where was the sail boat? The school bus? The woo truck? Also, who ordered a black road, jelly bean rocks, and plastic pine trees? NOT me. 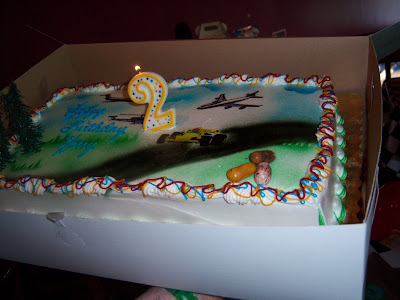 But Harry didn't seem to mind 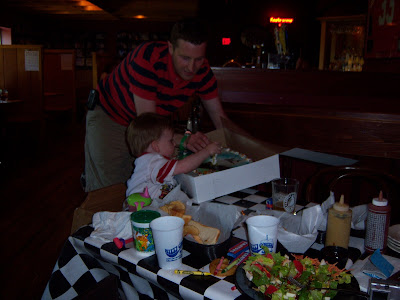 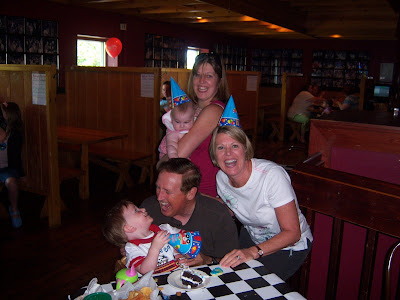 Harry's beloved Erica, who brought him the cutest Brewers-gear-clad Build-a-Bear monkey whom Harry named-- what else-- Erica. 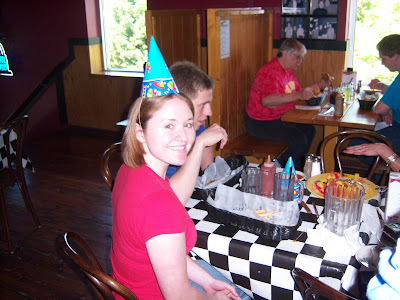 Cutting up with Grandma, Grandpa and Uncle Ben 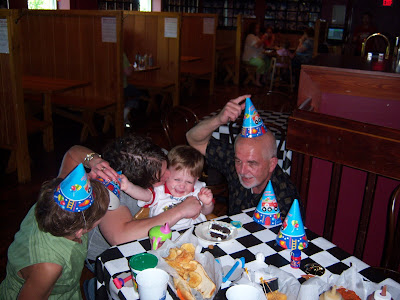 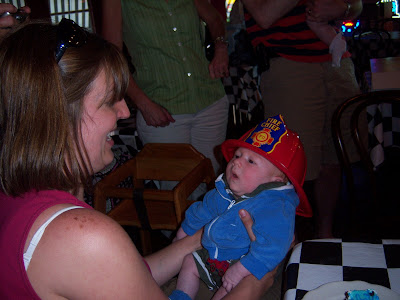 The kid had a great time eating what he menu called the "World's Smallest Chocolate Sundae." Last time we ate here as a family, Harry ate his ice cream in record time. When the waitress stopped by to check on us, she asked if we needed anything else, and Harry thrust his sundae glass toward her and said "Mo' ice cream." 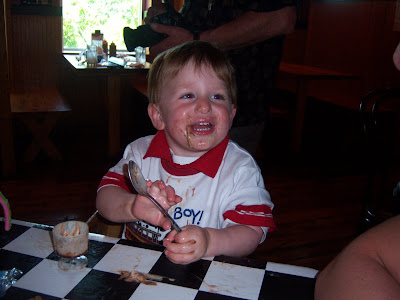 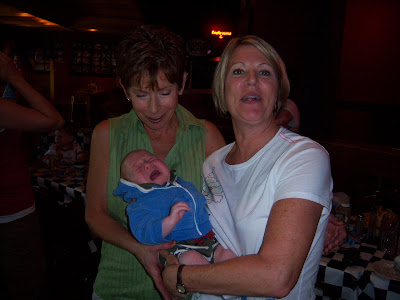 This picture totally blows my mind. We have one almost exactly like it from last year only this time there's a whole new person in our family. Trippy. 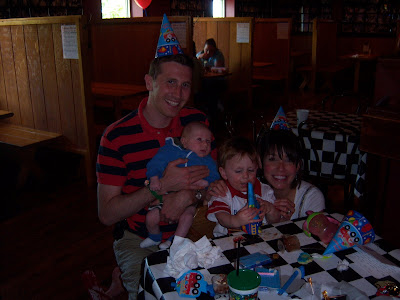 Then he went home to open a, er, few more presents 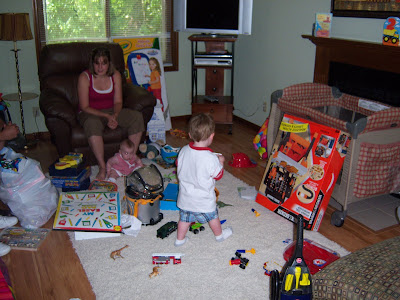 Looks like Harry had a great birthday! And the "mo' ice cream" is just too cute!

Happy birthday Harry! Looks like tons of fun. Every time I think about how there will be a one month old baby at Charlie's 2nd birthday party, one who belongs to me? I have a little panic attack.