This is Harry's new thing. He says "No thank you" when he's pissed off and when he's tantruming. Polite, huh? It's also kind of pathetic, especially when combined with his other new tantrum trick, which is to scream "Help, Help!" whenever he's freaking out in public and we're trying to remove him from the situation. Makes us look real good.

Here he is building a tower. He got really really annoyed when he could n't fit this block directly in the freaking middle. 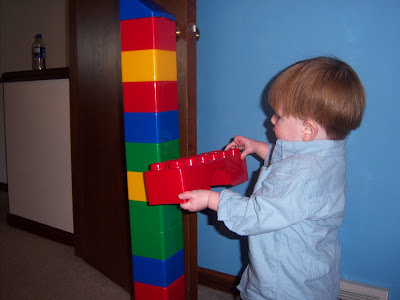 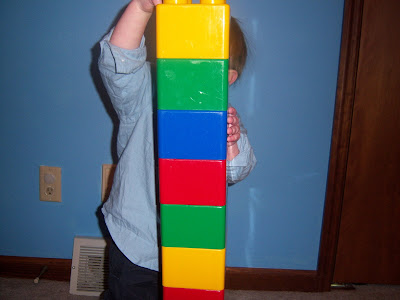 Shortly after this picture (taken while he was waving his hands at me and saying "no thank you," he pointed imperiously toward my bedroom and commanded "In," my cue to go the hell away and take my camera with me. 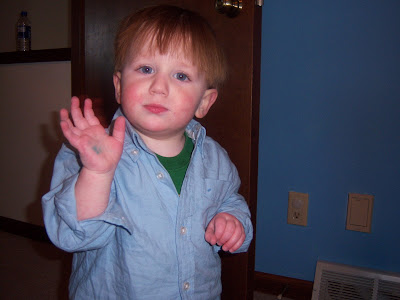 Point taken
Posted by Sarah at 7:00 AM

Help! Help! OMG that is not cool! But very clever of him really.

Love the updates! Your blog is hysterical as usual. It sounds like Harry is developing a personality as funny as his mom.