Harry: A Busy and Important Baby

When his green plastic cell phone made a sheep noise, Harry knew the call would test his patience. The only calls to which Harry assigned the sheep ringer were those from his employees, and Harry hated when they called him at home. He unclipped the phone from his sweatpants. "Bah," Harry said under his breath, sitting in the toy tray he'd removed from his Chicco activity table and answering the phone with a terse "Hiya." 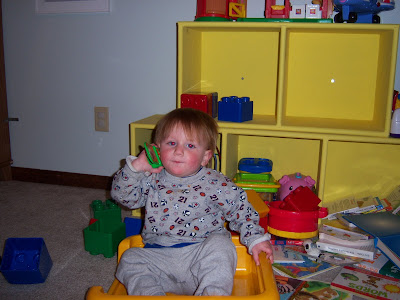 "Mr. Harry! We're so glad we caught you at home!" cried a manager at one of Harry's overseas factories.
"Where else would I be?" Harry asked. "It's almost night night."
Harry took another deep breath and started at the phone, reminding himself that staying on top of his foregin operations was the number one reason he purchased this Little Tykes phone in the first place. Well that and the tiny mirror above the keypad. Harry loved that handsome baby in the mirror. 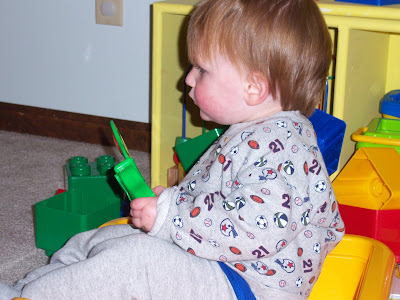 Although he recognized the harried voice on the other end as belonging to a supervisor of some kind, Harry scanned through his contacts to connect the voice with a name. 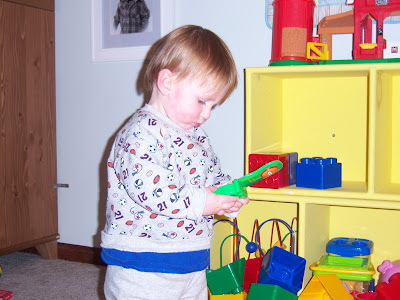 "Ahhh, that pain the ass," Harry said to himself and began to pace. "What's wrong?" he demanded. "Did someone get their fingers stuck in a spinning wheel again?" He listened to the voice on the other end for a moment and interrupted impatiently. "Child labor my ass," he sanpped. "All I'm interested in is nimble fingers-- how many times do I have to tell you that?" 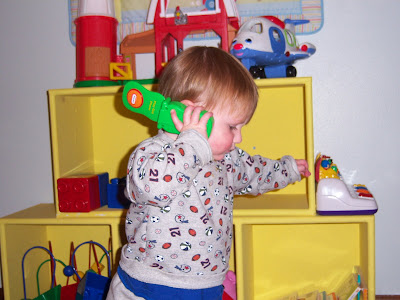 Harry's walk became more purposeful as he passed the portrait of himself that he'd had hung close to his eye level for inspiration. "Workman's comp?" he spat. "Isn't that why we moved our project to your shores?" Unhappy with the answer, Harry swore under his breath. "Do I have a choice?" he asked. 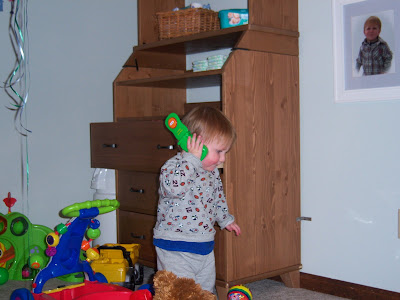 Harry fumbled in his Little People Silo, pulling out a pair of socks, some dried up string cheese, and a months-old pacifier to fidget with while he did some quick math in his head. 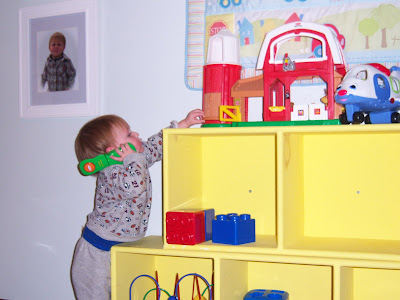 "Listen," Harry said, feeling a bit calmer as he paced through his piles of books and toys. "I know it was an accident, but there goes my profit this quarter, you know what I mean? Do you think I'm made of money? Diapas aren't cheap my friend. Speaking of which, I've got to go. It's time for my bap and my bup, and I think I have some poopy in my diapa." Snapping the phone shut, Harry arranged his features into a smile and said "Mama, poopy," as he toddled out of the room, hoping his parents had not listened to his call and discovered his evil empire. Those liberal commie hippies-- they may not understand. When Harry heard them say things like "sweatshop," "outsourcing," or "violation of human rights," they seemed derisive. Oh well, he thought. When they were old, infirm, and resting comfortably in the best nursing home money could buy, they'd open their minds. 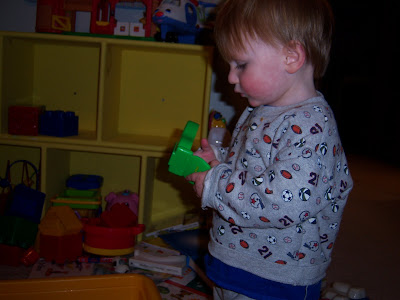 Oh my gosh... too funny! Harry keeps a lot of balls in the air!

I guess Harry took that Stewie onesie to heart! It sounds like he is channeling some evil industrialist! just don't ask for more gruel,

I cannot stop laughing!!! That is fantastic stuff!