So, the other day, I decided to take a picture of Harry on our walk because he looked so cute playing with this awesome Fisher Price dashboard thing that has a puffy steering wheel and a horn and a garage door opener and some keys-- he helps me drive with it, get it?-- but it also fits great on his stroller. Oh! And I also wanted to show you the pretty bike path and pond Harry and I discovered in our new neighborhood. Well, in my excitement, I dropped my camera and now when you turn it on, it says "Lens Error." Never fear, I took it to a camera repair shop-- right next to a feminist bookstore where I was able to get fair trade coffee without having to ask for it because it's all fair trade. How cool. And their large is only 15 cents more than a Starbucks grande. Now if only there was a feminist bookstore cum coffee house within 50 feet of everywhere. With a drive thru.

No camera, you exclaim! Screw this blog. All I want is pics of Harry. Well, you're in luck because I found our back up camera which had an old memory card on it with cool pictures. So here ya go:
Me and ben in Boston in November of 05. I was 7 weeks pregnant and had just had my first ultrasound. 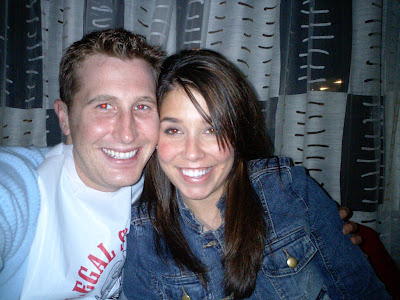 February 06-- right before we found out Harry was a boy. Also before I got my split ends trimmed and discovered freaking make up. 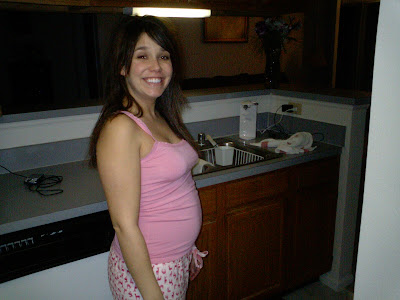 At Brad and Cathleen's engagement party 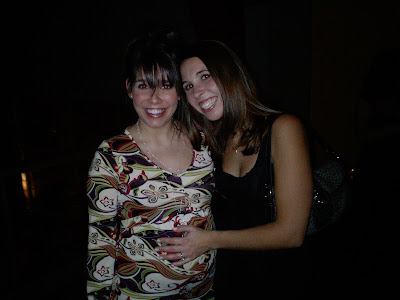 Showing off the belly, which I thought was ginormous. Little did I know how big I'd get!! Especially in the upper arms. 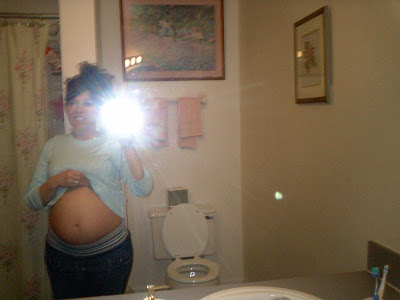 Our new nursery-- we were stoked. And yes, I still wear those sweats. Judge not lest ye be kicked in the junk. 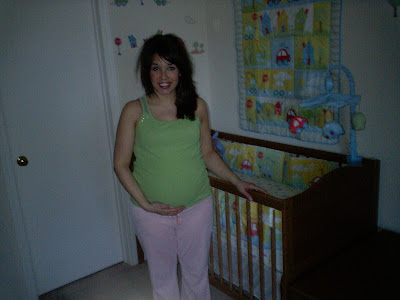 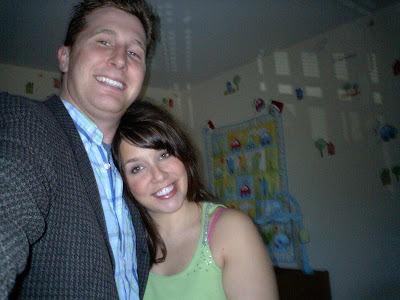 Harry last September. Once a co-sleeper... 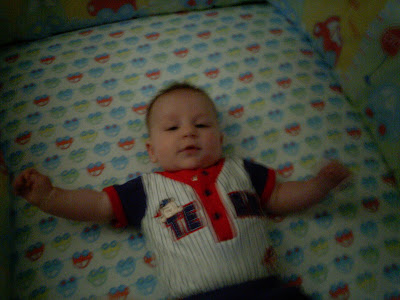 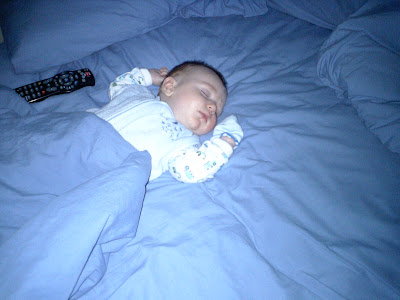 The wildman yesterday. He can crawl on his knees like a normal baby (instead of the tummy scoot he was doing); he can sit up from a lying down position, and he can STAND UP in his crib and PULL UP on just about anything. He is sooooo dangerous! 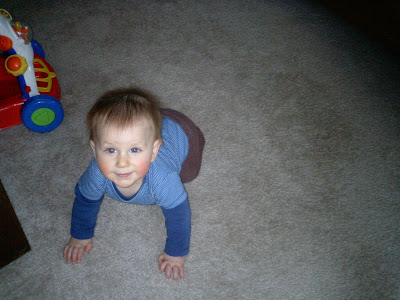 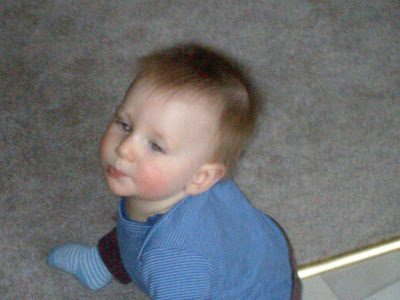 Harry is the dev-il. No, but he did have wicked hat-head when we got home from office hours today. No product this time. 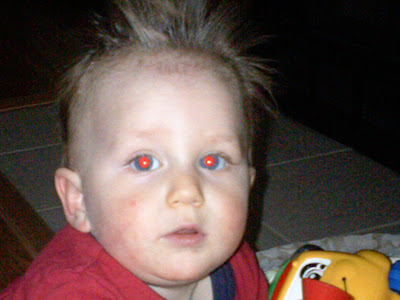 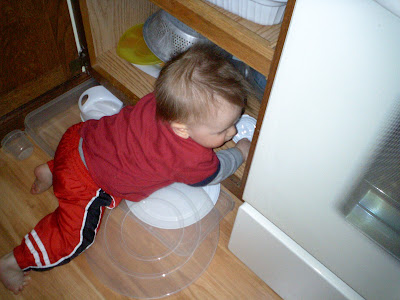 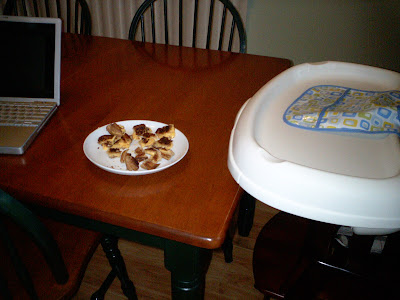 Which he loved, contrary to his expression in this picture. He couldn't believe his luck-- a whole dinner he could feed himself! Which allowed me to grade a little while he ate! Which means now I can blog!! And next, I will file archival documents. My life is mega glam. 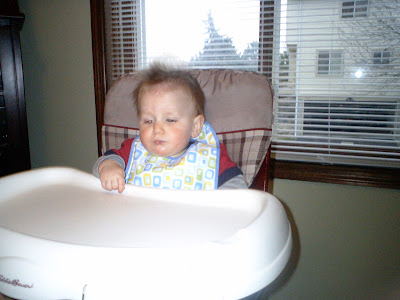 Stay tuned because if you're lucky, tomorrow, I will figure out how to upload video. Then you'll see the Bear in motion!
Posted by Sarah at 6:34 PM

Harry is adorable! He's the perfect little como of you two. My kids look like Theo. All Theo! Harry's just a month younger than our Hunter! They'll have to play! I have only read your most recent post, but I am also so excited to hear from you! You were gorgeous preggers! I was hideous. And Theo was in Iraq, so I have hardly any pictures of myself (thank goodness). Can't wait to read more.