Part Easter. Part Harry's first Cubs game. And shalom because it's Passover season, too. Except for my Dad calling on Eastover Saturday, saying he was Elijah, and asking if anybody was looking for him --oh and the box of Kosher for Passover Trader Joe's (Trader Hymie's?) matzoh we put out with the beer and curds (Wisconsin, eh?), we focused on the bunny. And the chocolate. Oh, the chocolate. Ben said maybe a seder next year, since we've officially claimed Eastover as our holiday. Take that, all other holidays-- Eastover rocks. But it's not as cool of a name as Chrismukkah-- any suggestions? It's so cool, see, because what we're going to do is take 2 very religious and fairly somber-ish holidays and suck all spiritual meaning from them, making them totally and completely about sugar and gifts. And plastic grass, or, as we call it, baby dental floss. To that end, we had a couple of egg hunts. The grown ups, though, didn't enjoy it like we thought they might (except for Jon, who enjoyed it exactly as we thought he might-- which is to say NOT AT ALL). And the babies couldn't find their eggs (filled with Gerber banana puffs-- clever E.Bunny, huh?) even though they were RIGHT IN FRONT OF THEM. Silly babies.

Sunday, we went to Miller Park, which was clean and very fun-- Harry loved his first game. He really dug the row of 10 year old boys behind us in the family section. Where we couldn't have beer. But it's Wisconsin! There's beer EVERYWHERE in the whole state. Except the family section at Miller Park, where, I would argue, people need it the most. Between the morons who let their kids take up enough space for 3 people with their nachos and stuffed bears and crap, the idiots who smuggle in bag after bag after food and drinks from home and spend the whole game passing it back and forth giving strangers the elbow, the lady behind me who was SCREAMING her food order into her cell phone and telling the person on the other end-- presumably her poor, poor husband-- to pick up seven programs, since they're free, and the people like us, who exclaim loudly about every darn thing their baby does and take picture after picture after flashy picture between 7 million trips to the bathroom, beer'd be good. Especially for people like the guy next to us, who kept giving us dirty looks and didn't have any kids with him.

But as usual, I digress. Here are some pictures and yes, there might be a bit of product in Harry's hair: 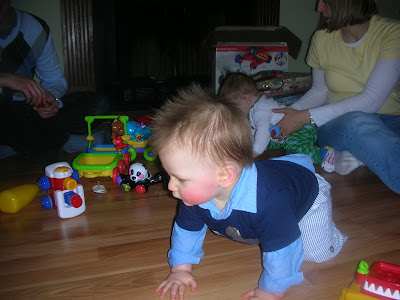 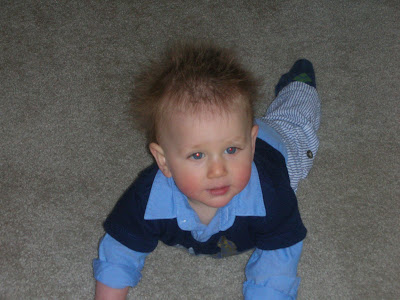 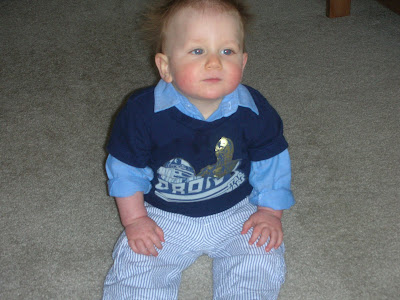 Extreme close ups of Max-- such a cutie. Harry slapped him in the face and snatched his pacifier all day. Someday, Max is gonna exact his revenge, and Harry better RUN! 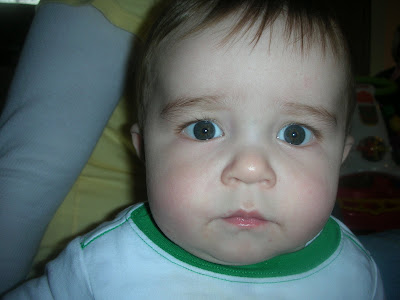 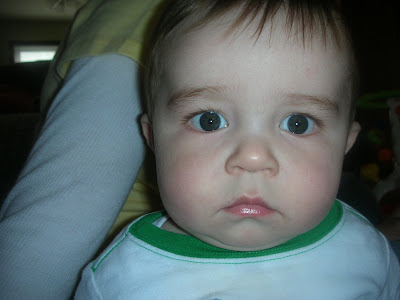 Ben with a lapful o'baby 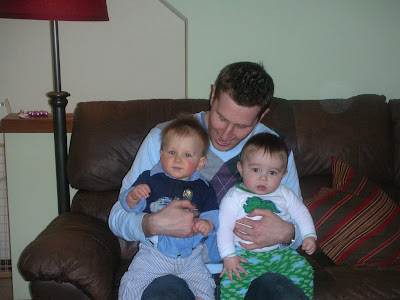 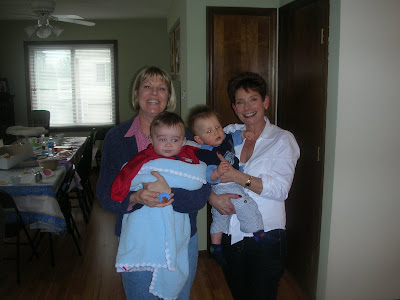 This is very selfless of me becuase even though I look like @#$%, I am posting this pic of the 3 of us. 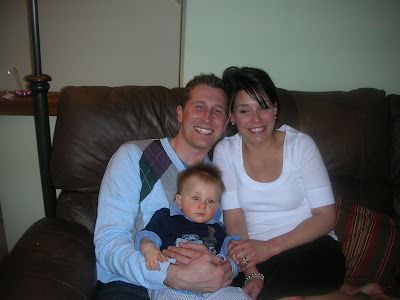 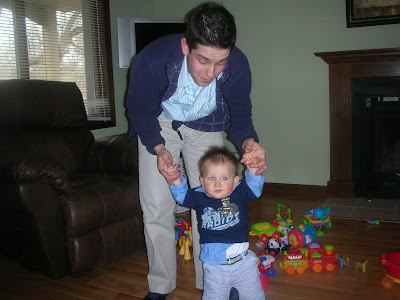 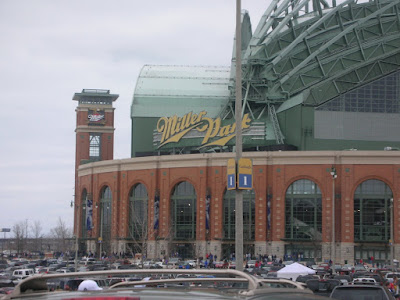 The weirdo Brewer mascot with bunny ears on-- Harry LOVED him 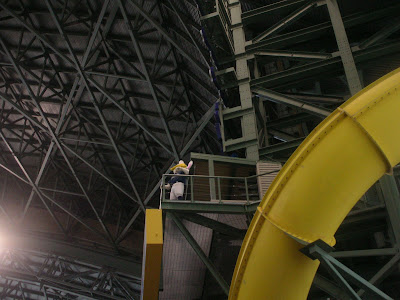 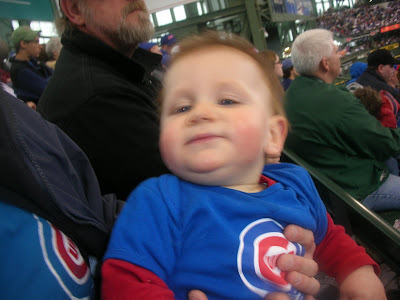 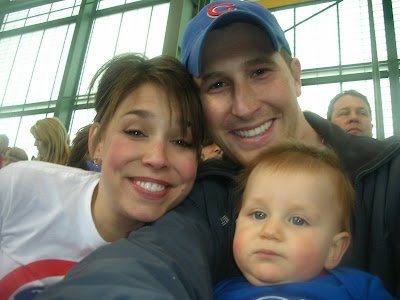 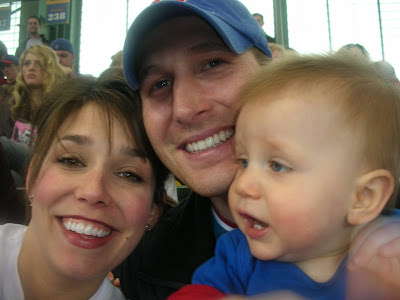 Me and the Bear 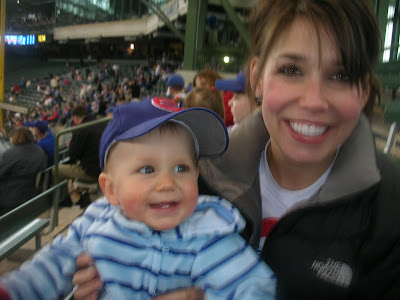 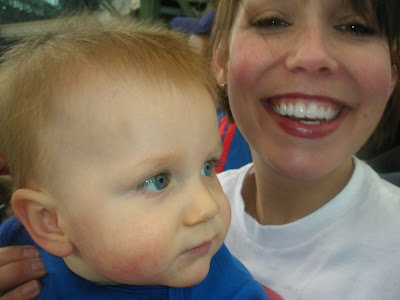 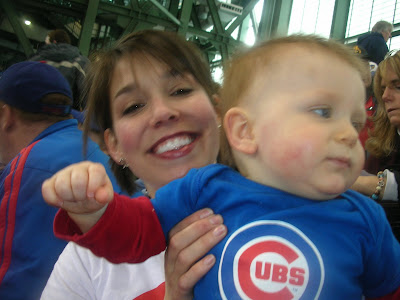 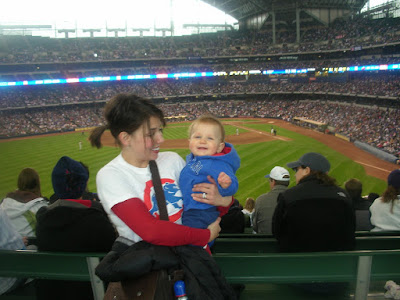 Harry with Daddy at the game 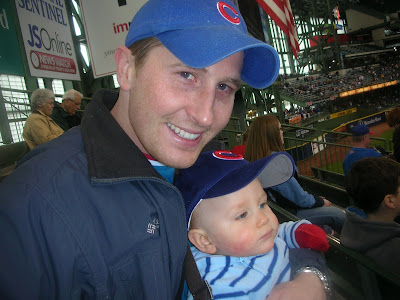 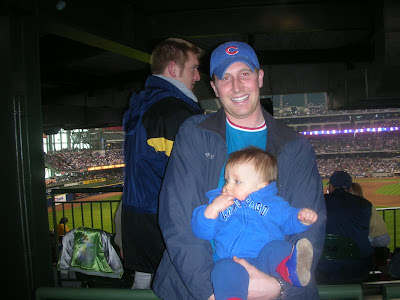 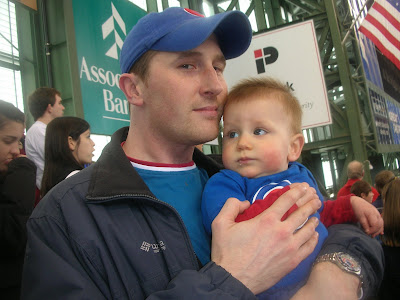 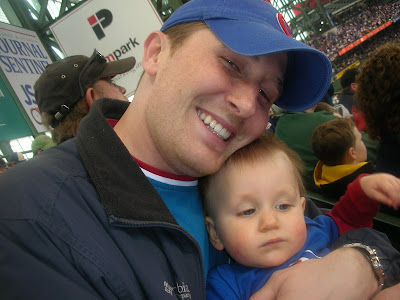 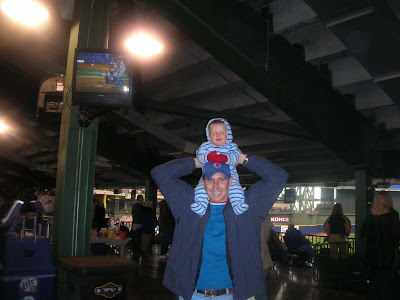 Harry walking with his new toy from his grandma and grandpa J-- he's such a big boy these days. 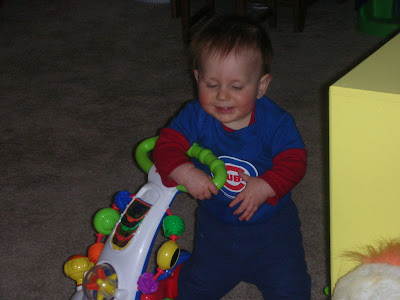 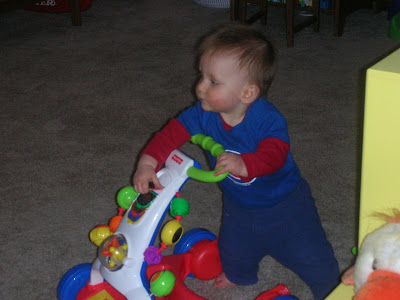 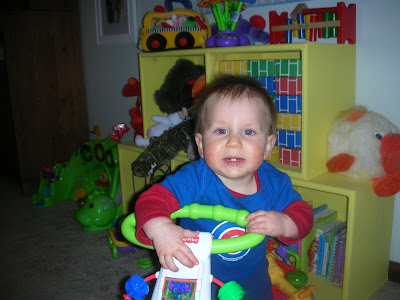