At Cooper's hockey tournament last weekend, this group of dads was grilling brats at 8am. I was all Who eats a brat at 8am? 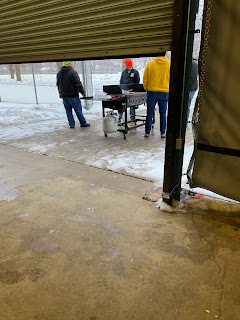 And then this guy walked up to me: 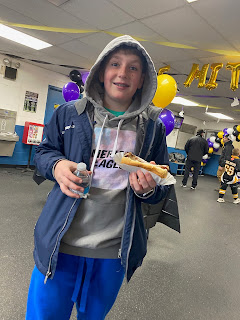 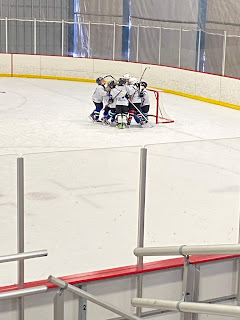 But they had FOUR GAMES, so it was a looooong day of spectating.  We found a cool new brunch spot by Ben's old school, though: 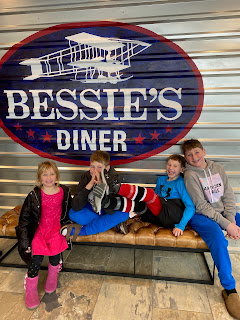 And we killed an hour at some batting cages 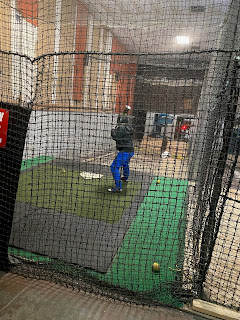 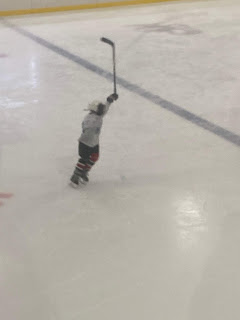 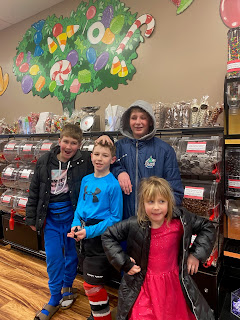 AND THEN WE WON SOME MORE 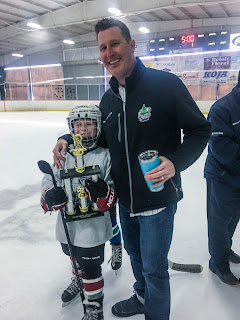 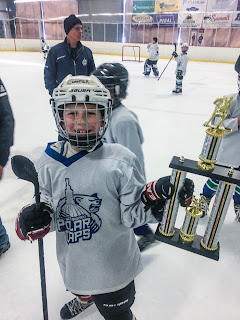 On Sunday, we had a pre-Superbowl party, and it was peeeeerfect.  I am doing this every year. 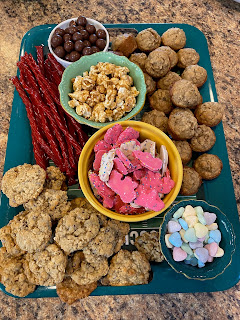 I also got to check out a new, non-toxic, waterless nail salon thanks to Madison Mom and looooooved it! 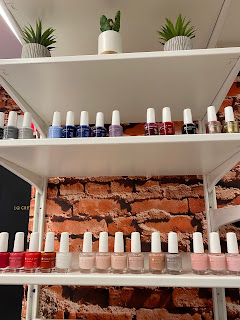 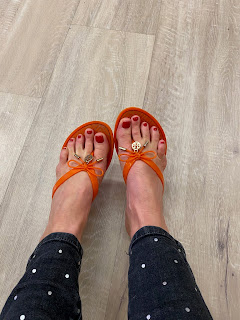 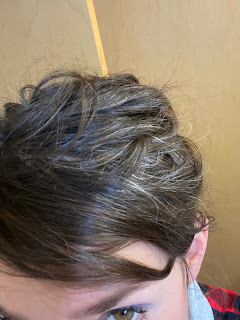