Bring your kid to work day. No, really, it totally is.

Harry came to work with me today, and we had SO MUCH FUN.  Right now I am writing this really quick before we hit the library and the grocery store while he plays Minecraft on my phone.  He also brought his MacBook Air, and we worked side-by-side on our matching computers with my office door closed and Alabama Shakes playing just loud enough to probably annoy the shit out of the theater department people across the hall.  We took a long lunch and went to the bookstore because Harry **needed** a new hat.  We lunched at Potbelly where Harry had his first ever Dr. Pepper (#moty), and then we walked to the capitol and went out on the (beautiful) observation deck after watching police break up a bunch of old people protesting our asshat governor with songs.  It's been lovely. 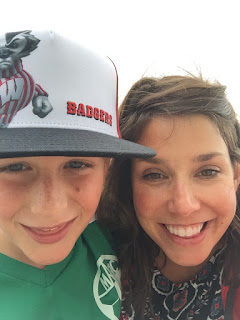 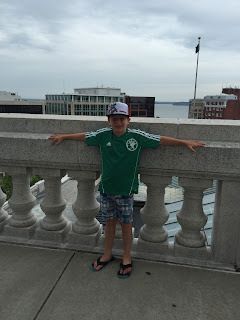 Cooper is sick with whatever the hell Dorothy had.  And he likely ALSO has an ear infection which is a really weird coincidence because those are not catching, right?  Ben is taking him to the pediatrician while we speak (type).

Instead of going to the pool yesterday, we decided to keep it fresh with a front-yard water fight.  because nothing could be grosser than a sprinkler and a slip-n-slide into some backyard dog poop, am I right? 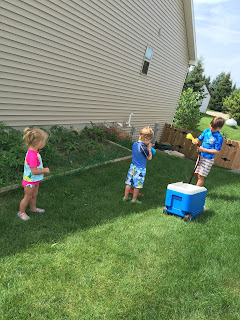 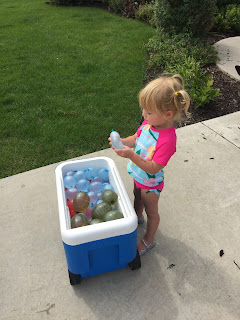 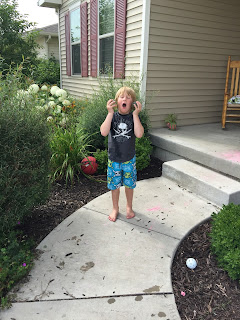 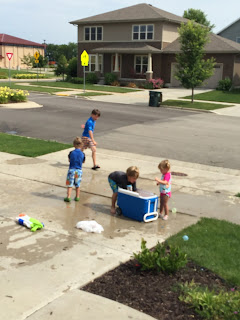 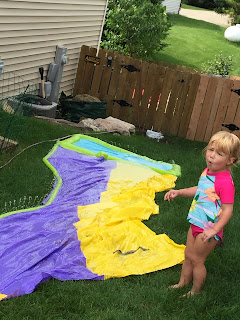 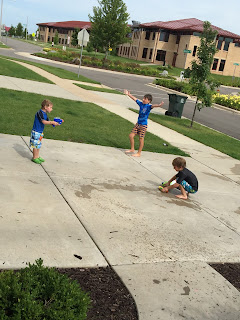 Tomorrow, Ben and I are supposed to go out with friends, but I am still not drinking because of last weekend, and I am pretty sure everyone thinks I am pregnant.  But, nope.  Just scared sober.  Temporarily.