Despite the cute pictures in this post, I have to tell you guys that Wednesdays SUCK. SUCK. They SUCK.

Part of the problem is that the boys go to school on Mondays and Tuesdays, and they take naps at school. Long naps. Naps that they would never DREAM of taking at home. Monday night, they still go to bed fine and wake up lateish for them on Tuesday morning and are generally normal human beings. Tuesday night, though, they are jazzed up from 2 freaking days of naps, and it is so hard to put them to bed (even late). Harry and Jack are weird in that that the later they go to bed, the earlier they wake up. So, Jack was up at 5:45 yesterday. And from about 2:00 until bedtime, he was, um, fragile. He had at least 7 screaming snot-faced meltdowns over things like not being served pancakes for dinner and not being able to watch hour 8 of television (a slight exaggeration-- not about the tantrums, about the TV hours). I don't provide as much structure and fun as preschool, so Wednesdays probably feel really long to them, too. Maybe we need more circle time.

Jack is just so two lately, which is to say he has a total split personality-- so cute and then so terrible.

On Tuesday, a firefighter came to his classroom, and Jack was really excited about it. He kept telling us that a fireman was coming and he cold hardly wait to run in the classroom door that morning, giving Ben a quick "Bye Dada," over his shoulder. When I picked him up on Tuesday afternoon, I walked into his classroom to find him on the plastic phone talking to me and telling me to hurry up. When he saw me, he threw down the phone and barreled across the room into my arms like a 30-pound freight train. "Mama!" he screamed. "I try on firefighter's hat. Not a red hat either! Mama! Firefighter no bring his dog with him!" A little girl in his class heard Jack and screamed as if she was breaking some important news, "Firefighter! A firefighter come to my classroom." The teachers and I cracked up.

Then Wednesday, he was an inconsolable mess at Harry's swim lesson, screaming, twisting, running around the slippery pool deck, trying to throw Harry's towel in the water. I finally let him play with my iPad, much to the dismay of the crunchy mom next to me who was entertaining her daughter with some rousing choruses of "Where is Thumbkin" (and was doing a good job of it until Dora cried her siren's song from the iPad screen). He doesn't listen or follow directions, especially in public. He loves to run away from me in crowded rooms and parking lots. He hates to put on his coat. Refuses mittens even on subzero days. Bites the shit out of Harry.

And then, just when I am ready to let him jump in the damn pool already, he says apropos of nothing in his loudest and growliest baby voice, "Best! Mommy! Ever!"

Oh, two. Oh, Wednesdays. Both such a pain in the ass. At least two is also delightful. 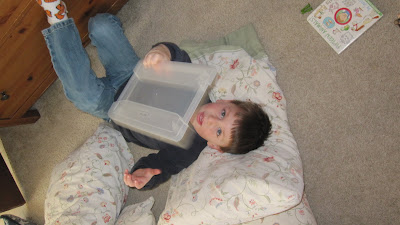 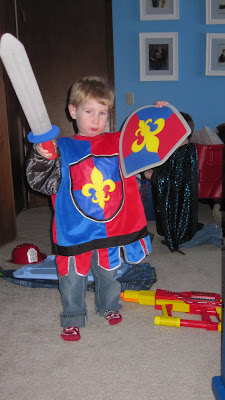 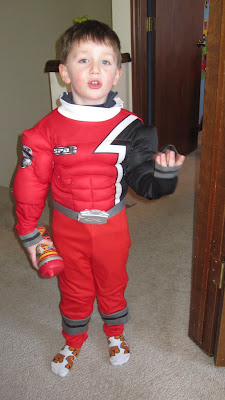 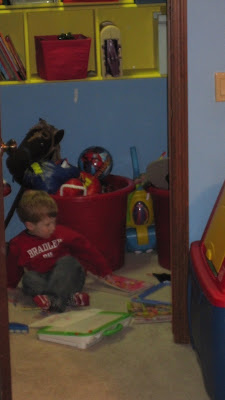 Um...two is ridiculous at times. Elisabeth wasn't ever really "two". She was so super easy and happy and pleasant. But, dear lord, Julia is so two sometimes that I want to put her on the curb.

At least he's cute. Cause, seriously, your Jack is freaking adorable!!! I could pinch his cheeks for days!

I'm with you there. But for me, it's three. I swear, three seems harder than two; because now that Sutton is talking-there's more talking back, more yelling, more temper tantrums, etc! It's so hard dealing with them when they're like this. I have to keep reminding myself that it's the age. It's a phase, and they'll move out of it soon.
But you're right, they can go from being a nightmare to being adorable in about two seconds.
Hang in there; you're doing great.

Two. Sigh. Feel your pain. But dude, you deserve MOTY for sure for letting him play with your iPad! I am getting the new one in April and they will never get their grubby paws on it. :) They can play with Grandma's first gen one, she lets them whenever they want. (Jack got an iTouch for his bday. I don't even have one.)

I bribe my kids into the car every Tuesday and Thursday morning, right in front of the babysitter, because sometimes? I just don't have time to risk setting off the two year old. Today it was granola bars. The other day it was pumpkin bread. But then sometimes Wes comes and lays his head in my lap and says "Go Bed? Night night?" Sigh.

When my kids were little, xomeon told me that when they are the most "challenging" it is because they are having an intellectual, emotional, or other growth spurt which puts them out of balance temporarily. She sad that when they are going along smoothly, they are just refining existing skills and aren't as stressed.
Now it could be total BS, but it helped me!

Sophie is also very two. She screams "NO!" at the top of her lungs and she will clench her little fists and give you the meanest glare. We try, but it is almost impossible not to laugh. Well, laugh and make sure she can't get her hands on any weapons