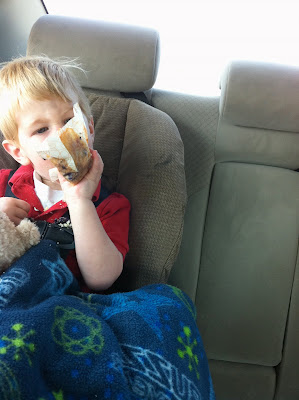 Let's talk for just a moment about how a Starbucks blueberry muffin is the absolute worst possible car snack, shall we? Because it is. Unless you want to have a filthy car and a stained up kid. In that case, it's brilliant.

I have been meaning to post these pictures since Saturday night, but here I am. On Tuesday afternoon. Just now posting them. Ugh.

We went to IL for Ben's dad's 60th birthday and to see our new nephew, who turns 4 weeks old this Thursday. He's adorable, but I'll let you see the pics in a minute. I wouldn't want to spoil the dramatic surprise of this narrative. *snort* Because there's really no narrative here and I should have left my office like 15 minutes ago, and I promise a better entry soon. I had to work really fast at work today because I wasted all the time I would usually spend blogging shopping on Amazon for things to buy with the anniversary gift card my parents sent us. Also debating whether or not to share the gift card with Ben, even though the email clearly says we should share. It's a tough decision.

I love the totally annoyed face Harry makes when he is forced to go outside and frolic. 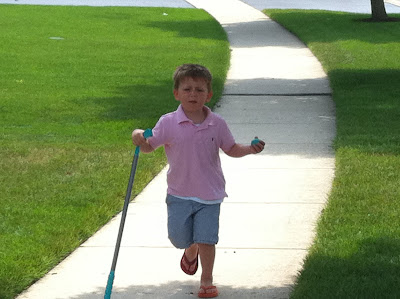 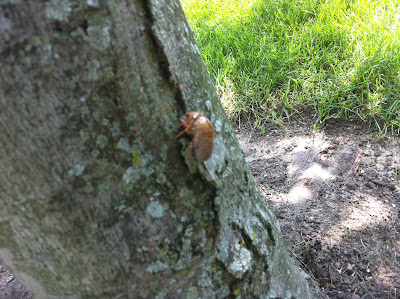 Jack was totally disgusted. here he is saying "That no hands. me no hands peas." Translation: Don't make me touch that f*cking thing. Please." 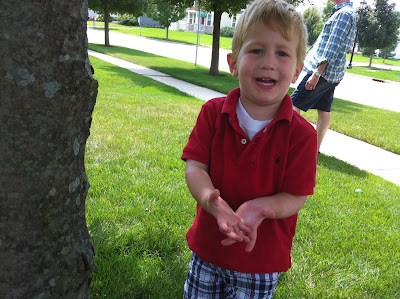 He practiced his golf swing 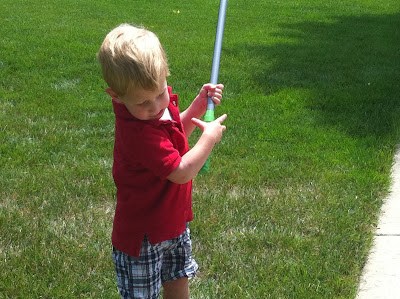 and pounding crap with his clubs 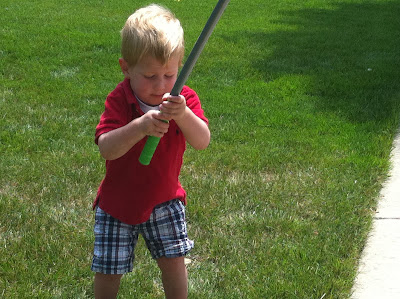 Harry, meanwhile, in true Bobby Hill form, pretended his clubs were crutches and hobbled around the driveway 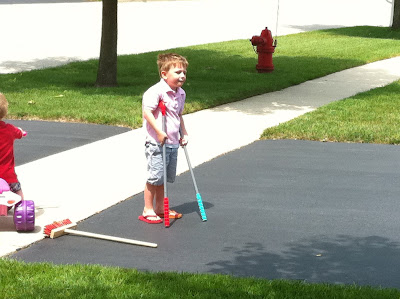 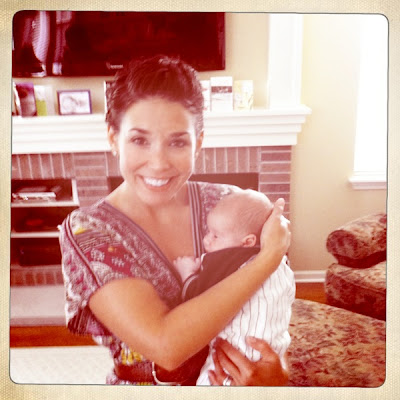 That Harry tried to lick, so that was nice 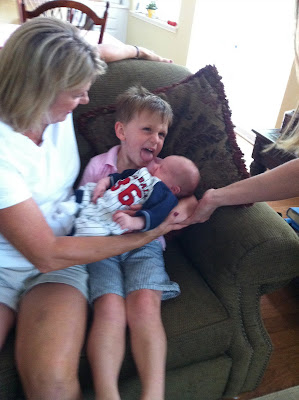 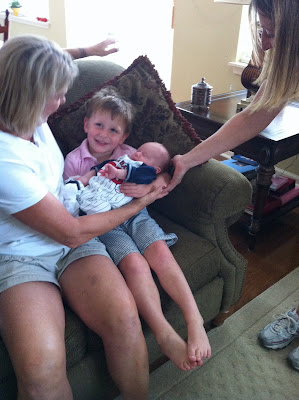 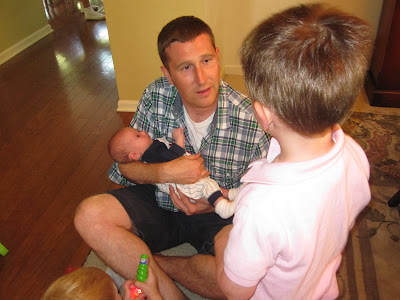 Bascially, Ben and I freaked out that Harry and Jack were going to maim the baby (and I originally typed mame and cracked myself up-- what are they going to do to it? give it a long cigarette holder? take it fox hunting? sing Bosom Buddies to it?), but his sister was pretty calm about it being as he's number 3 and all and has 2 sibs under the age of 4.

A pretty fun day, and more blogging soon, as soon as I drag myself out from under this pile of textbooks, 3 ring binders, and photocopies.
Posted by Sarah at 1:30 PM

LMAO @ the "mame" reference. Hilarious! I love that Harry tried to lick the baby and honey, let me just say, you look might happy holding a squishy newborn....just sayin'.

oh god. babies. If my husband doesn't let me get pregnant again i think I may steal one