Wow! Buying diapers for 2 is expensive and other ways we spent our weekend

And you thought he couldn't get any cuter! Harry got a haircut, and I swear to you, as the hair started to fall, he began to look more and more like his dad-- it was kind of creepy to watch Ben's face emerge. Harry was blown away by how much hair littered his cape and the floor around him-- he kept saying "Mess! Harry's hair is a mess!" Now that's what he says if people mention his new coif. He pats his head with his pudgy hand and says "It's a mess." Then he reveals that his mama puts hairspray-- or hairpay-- in it. 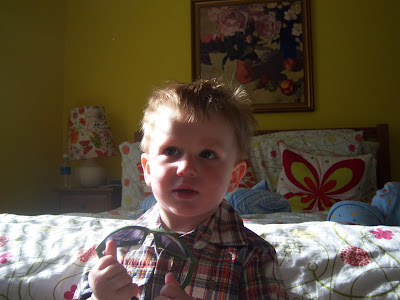 Erica came over to pay with Harry (so I could do stuff like laundry! and scrubbing the bathroom! and mopping the floor!), and they had so much fun. Harry has been naming all of his stuffed animals and Little People Erica for weeks now, and he was beside himself with joy when I told him she was coming over. When she pulled up outside, he was so overcome that he cried a little because he could not wait for her to get from the car to the door. Anywho, they went to the park, and Harry came home with a dandelion crown, which he called his king. 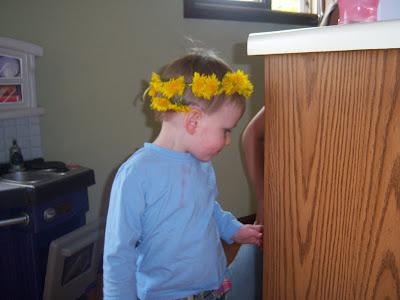 We spend a lot of our time watching Harry eat chocolate ice cream. This outing was particularly memorable because Harry got ice cream on his back (HOW?) and because this really odd woman was sitting near us, and she dropped her cone on the ground and screamed "Oh FUDGE!" at the top of her lungs. As we were leaving, Harry smiled nervously at her and said, "Bye, person." 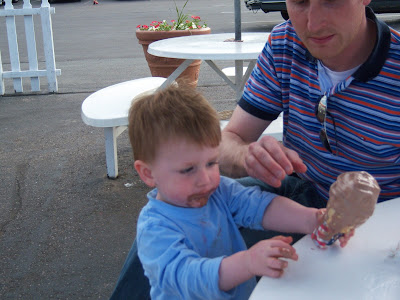 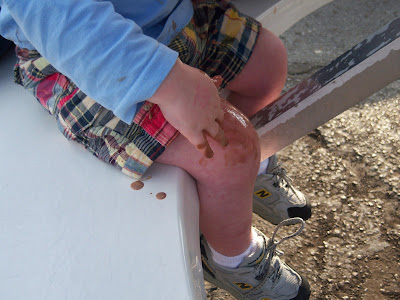 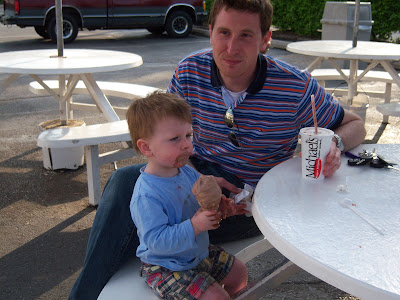 We went to a park by the lake so Harry could see some sailbutts, and he did a little swinging-- luckily he still has enough hair to blow in the breeze-- phew. 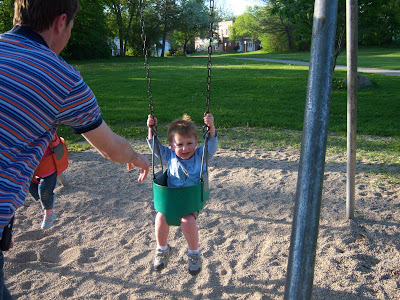 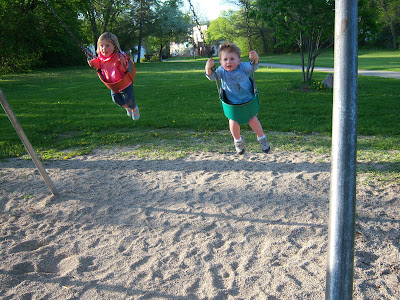 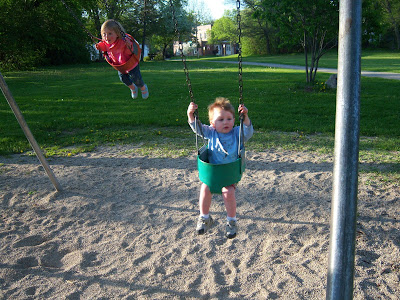 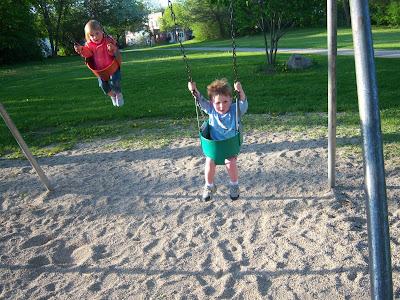 Hey, Jack, buddy, the reason you are single? Might have something to do with your sunny disposition. Followed closely by your acne. Which? Actually might be my fault because I always carry you in the Bjorn, and your zits are n the exact pattern of where the Bjorn mashes your face-- and also where your face gets smushed against my chest. Hmmmm... 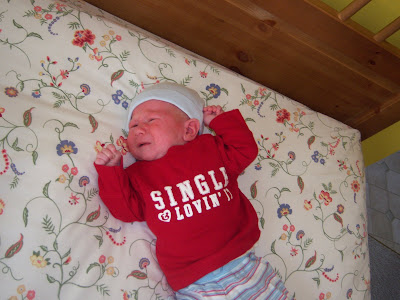 Here's Harry playing on the capitol lawn yesterday morning. Instead of buying produce at the farmer's market, we spent our cash on cookies, cinnamon rolls, and toys trucks. Nutritious. 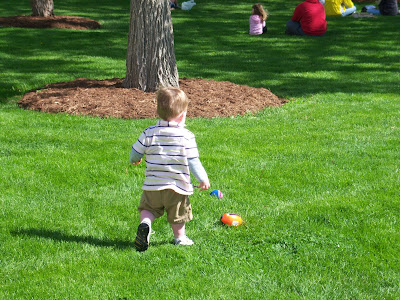 Bath time! Also, yes, my bangs are totally screwed up, and it is Jack's fault. I had to take him with me to the salon yesterday, and he woke up screaming right at the end-- when she was doing my bangs and the final shaping of my bob. Urgh. So, I meant to get Kati Holmes' old do (before the weird thing she has going on now), but instead, I got Suri's haircut. I also got lots of angry stares from other customers and clucks of disapproval because I didn't get my baby until my stylist was done. (I also had to get nasty with a shampoo girl who tried to comfort him and was going to stick her fingers in his mouth-- oh my god!) Then I got grossed out stares when I fed him in the reception area. Also? There's too much of my face showing, and I had to tip a ton because of the aforementioned screaming. Not the most relaxing hour I've ever spent getting groomed. 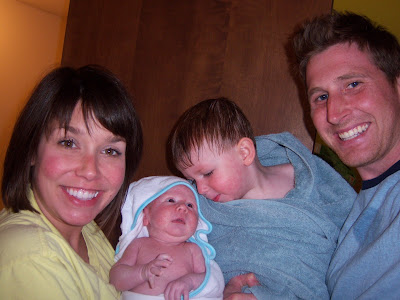 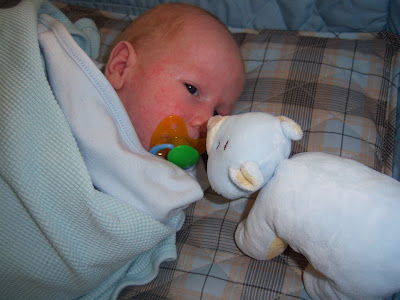 Harry's haircut is so cute, but I did lke the bowlcut too..and Jack will eventually be easier to live with( at least his namesake is) Thanks for making our day sunny...Bomma

I like your hair! I had to take Charlie to get a haircut once and yeah, not relaxing. He was about 8 months old and NOT in the mood to hang out in his carseat. I really think they should make a salon/OBGYN with childcare available for $5 a visit. I love Harry's haircut too, he looks like such a big boy!

I just want to know why that little girl in the EXACT SAME POSITION in every swing shot. :) Totally bizarre.

I LOVE the big boy haircut! But I liked the bowl, too. (probably because it looked like your haircut when you were little.)
And yours looks great, too!

Harry's hair is fabulous (as is yours!).

BTW, I love my babyhawk mei tai. I'm not sure what the weight limits are; I didn't start using it until E was a year old, but if you go to the babyhawk website, I'm sure you can get all the info you need. (www.babyhawk.com)