Just a little over four years ago, there were only 4 of us for lunch on a crisp Wisconsin spring day. We drove downtown in a car with no Britax seats, where we had beer and cocktails and lingered over our food. We walked along State Street and shopped a little, entering any store we wanted-- even the ones with really narrow aisles and lots of breakable items displayed on low shelves--staying until we got bored, buying anything that caught our eyes.

A few months from that lunch, Jen and Maurice got engaged in the late spring, and Ben and I followed in the early summer. The next year, we all got married (not at once), and the following year Harry and Max were born. Then Lucy and jack arrived on the scene, and that scene? A little chaotic. 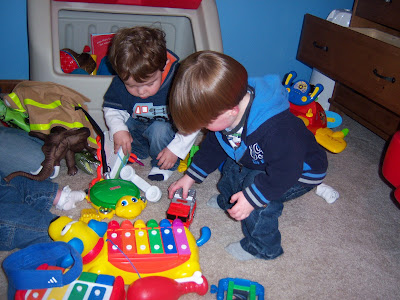 Yesterday, there were 8 for lunch. One of us sat on the floor helping toddlers eat infinitesimal pieces of hot dog (Jen), two of us ate with babies in our arms, covering said babies with lettuce (Maurice and me), and one of us kept jumping up to grab more bup and to wrangle one very hyper 22 month-old back into his tiny little folding chair (Ben). On tap? Water, Coke, whole milk, formula and breast milk-- no cocktails or microbrews, that's for sure. No after lunch stroll or leisurely shopping, either. Instead, all 4 kids pooped themselves and then Harry and Max had meltdowns because they were an hour-ish past nap. Ahh, the glamour of it all.

How cute is Lucy with this dinosaur? 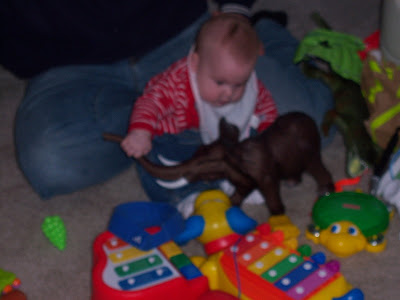 Jack-- or John McCain, as we've been calling him since he bears a startling resemblance to the Arizona senator-- was a bit out of sorts yesterday. Probably because he pooped like 12 times-- he spent a lot of time on this changing table. In other JM news, he outgrew his Gymboree and Zutano newborn clothes (Carter's newborns are still baggy) and is in the 0-3 months in those brands. Awwww. 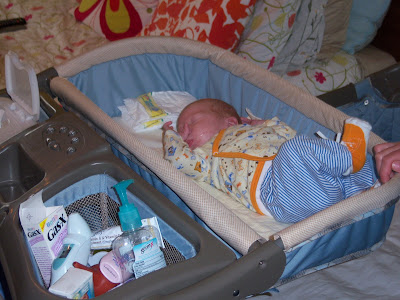 Lucy up close and personal 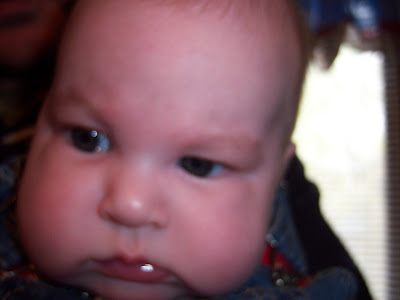 John McCain with his Aunt Jen 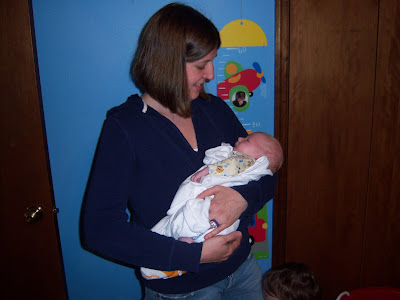 Harry was so excited that his cousin was coming to play-- he almost passed out from the euphoria. Instead, he was the hyperest hypo in the whole hyper world 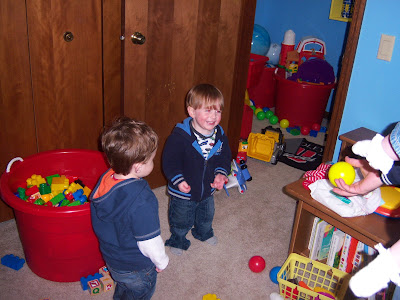 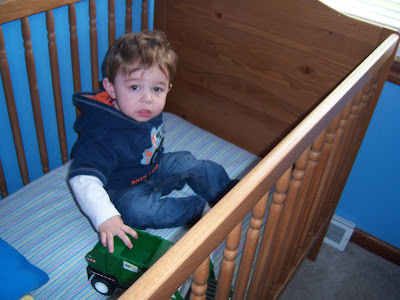 This was Harry's dream lunch scenario 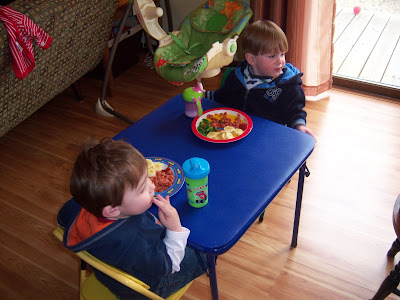 Harry going in for a kiss 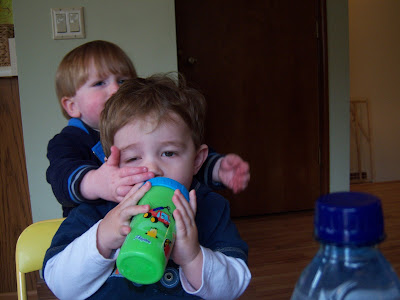 Lucy playing peekaboo with herself 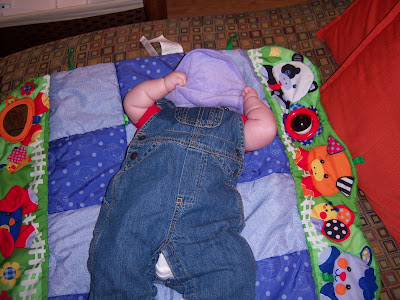 In other news, look who bought himself a brand new Camry! See ya 1997 Mazda (well, see ya tomorrow that is because he bought it at the end of business on Saturday, and it won't be coming home until Monday) 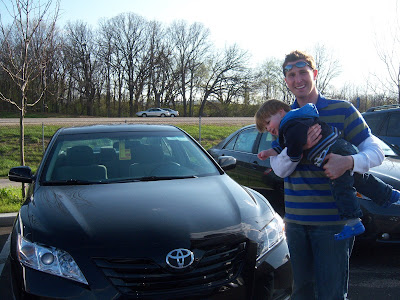 John McCain didn't sleep at all last night. But he sure did drift off as soon as I dragged my sad-looking self out of bed at 7. Grumble grumble. 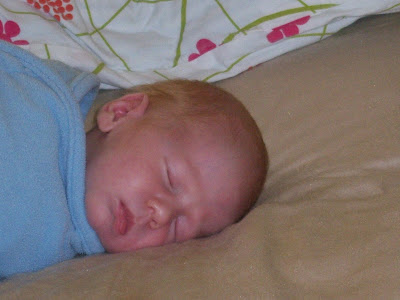 Here he is in his "big boy" sleeper 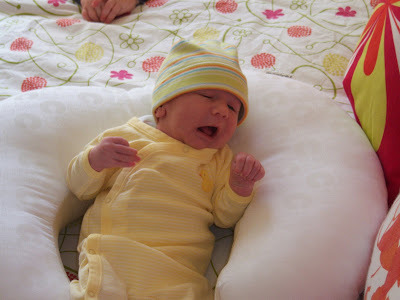 The Combi Twin Savvy makes its inaugural journey to Super Target-- apropos, no? 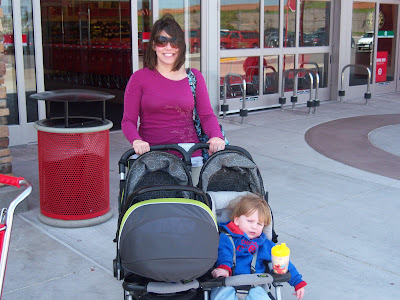 Wow, chaos is right! But sounds like the good kind of chaos I have always wanted for my family! Wait until Lucy and Jack are big enough to run around with them. You'll need to move the party outside.

And how do you look so good already? I ate at Potbelly on Thursday in hopes of following along on your super prenatal diet of awesomeness that results in regular pants after 10 days post partum.

This is possibly the greatest webpage I've ever stumbled upon. Not even kind of joking.

all four children look adorable, and both you and Jen look wonderful as new mothers...thanks for sharing again...oh, yes, Ben, use the car in the best of health...Bomma