If I am being honest, I had a bad feeling about my dad's surgery all along.

I know he did, too, because he talked to Ben about when I was a little girl and how fast it all goes before he gave him a rusty chainsaw on Easter.  Also, the day before Easter, a black cat ran in front of his car when he and my mom were driving home from dinner, and he was really shaken up about it.

My dad had surgery on Tuesday, April 23, to repair an aortic aneurysm.

He discovered the aneurysm by accident when he got a CT scan of his back in February in advance of getting an epidural to relieve him of the pain of spinal stenosis.  After more scans to verify the size of the balloon, his doctors told him he was not a candidate for the simpler endovascular aneurysm repair procedure that is minimally invasive and features a stent.  His aneurysm was too close to his kidney for doctors to maneuver that way, so they needed to do an open repair, which is a huge and risky operation.

At first, my dad opted to take a wait-and-see approach, planning to come in for another scan in 3 months to see if the aneurysm had grown.  The anxiety, though, of living with a 5.5 cm bulge in his aortic artery was weighing heavily on him, and he decided to go ahead and have the surgery to repair it.

The surgery went well, and even though my dad faced a rough recovery, we were all relieved and hopeful on that Tuesday.  Wednesday saw him walking around the ICU, talking on the phone a little, trying to rest.  On Thursday, he no longer needed to be in the ICU, although he remained there, in the cardiovascular ward, because the hospital was full.  He was retaining some fluids from surgery, and doctors monitored his kidneys, but my mom talked about his discharge in a couple of days, and he began to mange his pain with oral medication, one of the tickets home he had been promised.

On Thursday, April 25, my mom went home in the evening to buy a few groceries, take a shower, get some sleep.  That's when she got a call from the hospital telling her that my dad's status had changed, and she needed to hurry back.

My brother called me at 9:33 with this news, and the three of us obsessively called each other, speculating about what very bad things we'd hear and when we'd hear them until 9:59 when my mom called me.  No words.  Just tears.

We miss him so much already. 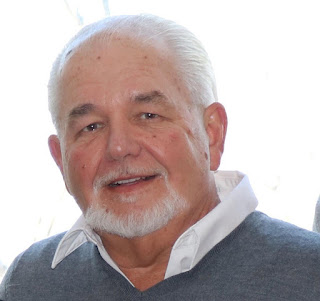 Been reading a long time. I'm sorry to hear about your dad. I've been thinking of you and your family. Hugs to you from Texas.

We lost my mom completely out of the blue in February to a brain hemorrhage. 65 years old. No signs whatsoever. Your new normal will be different. Approach "different" with an open mind....different doesn't mean bad, it just means different. I am so sorry for your loss.

I'm so sorry to hear this. Your posts on here show so strongly what a wonderful father and grandfather he was, and how much you all loved him and vice versa.

Sending you all the love and light during this time. <3

I'm so sorry, Sarah. So very very sorry. I know I've said this elsewhere, but hopefully it helps to hear it--I'm thinking of you and yours and sending you all my love.

Oh, no. So sorry to hear this.

Unknown said...
This comment has been removed by the author.
5:48 PM

It's quite incredible he made it through the surgery, I don't think that is very common. Must of been his love of his family that kept him fighting! He taught you how to be the wonderful parent you are today, so, in that way, he will live on forever in your family!

His death story is important. I'm so, so glad you shared it. Sending you peace!

Oh Sarah. I am so very sorry. Much love to you and your family.

I am so sorry. Sending love to you and your family. I can't imagine how tough this is for you.

I am very sorry. Losing a parent is so hard. Lots of prayers to you and your family.

So very, very very sorry, Sarah. Blessings, comfort and love to you all.

So very sorry to hear about your dad, Sarah. You’ve been in my mind. I have loved reading about your holidays and visits with your parents. May you find some comfort in your many memories. Much love from Muncie, Kristen

long time reader - so very sorry for your loss. wishing you much love and peace.

You write good content Thanks for the thoughts and ideas.