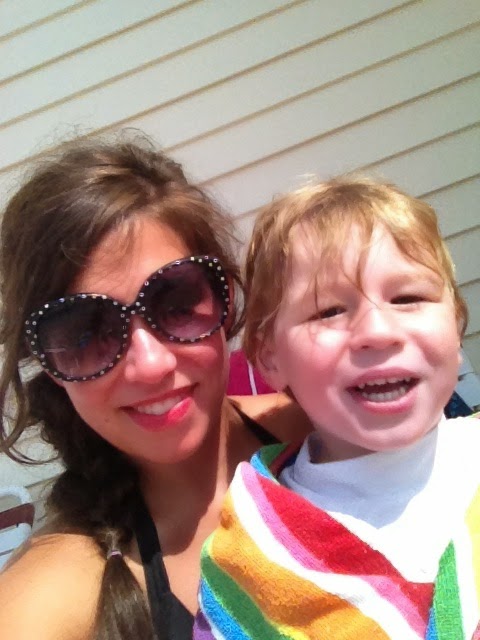 THE POOL CLOSES 2 WEEKS FROM TOMORROW.

So, I need to GO THERE every free second.  And our seconds?  Are getting less free everyday.  There are all these THINGS we have to do.  Dentist appointments.  Hair cuts.  Clothes shopping.  Soccer camps.  Lots of rain in the forecast.  Ben has to WORK starting this week.  Brutal.

Friday, I took Harry and Cooper swimming because Jack and Dorothy were home sick.  Cooper was happy to take some selfies with me while I waited to get hot enough to go in the water.  And it was worth it for him because I went in and we had SO MUCH FUN.  Harry and I worked on improving our somersaults-in-one-breath record.  We can both do 3 even though we get dizzy.  Harry can occasionally do 4.  I did 4 one time but sucked a ton of pool water into my sinus cavity on the last rotation and am never doing that again.  Harry did 5 but almost vomited when he surfaced.  Cooper floated a lot. 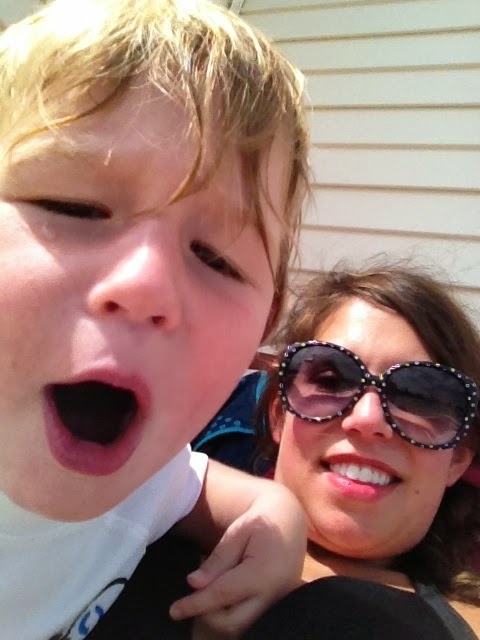 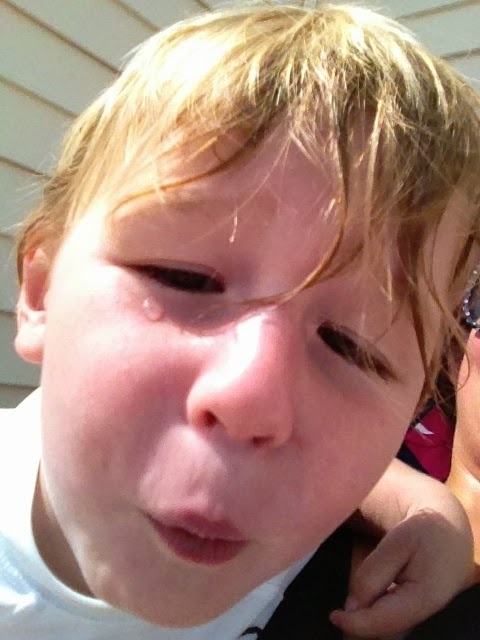 At adult swim, Cooper discovered the snack bar is out of plain M&Ms.  FOR THE REST OF THE SEASON.  As you can see, he immediately began to flail. 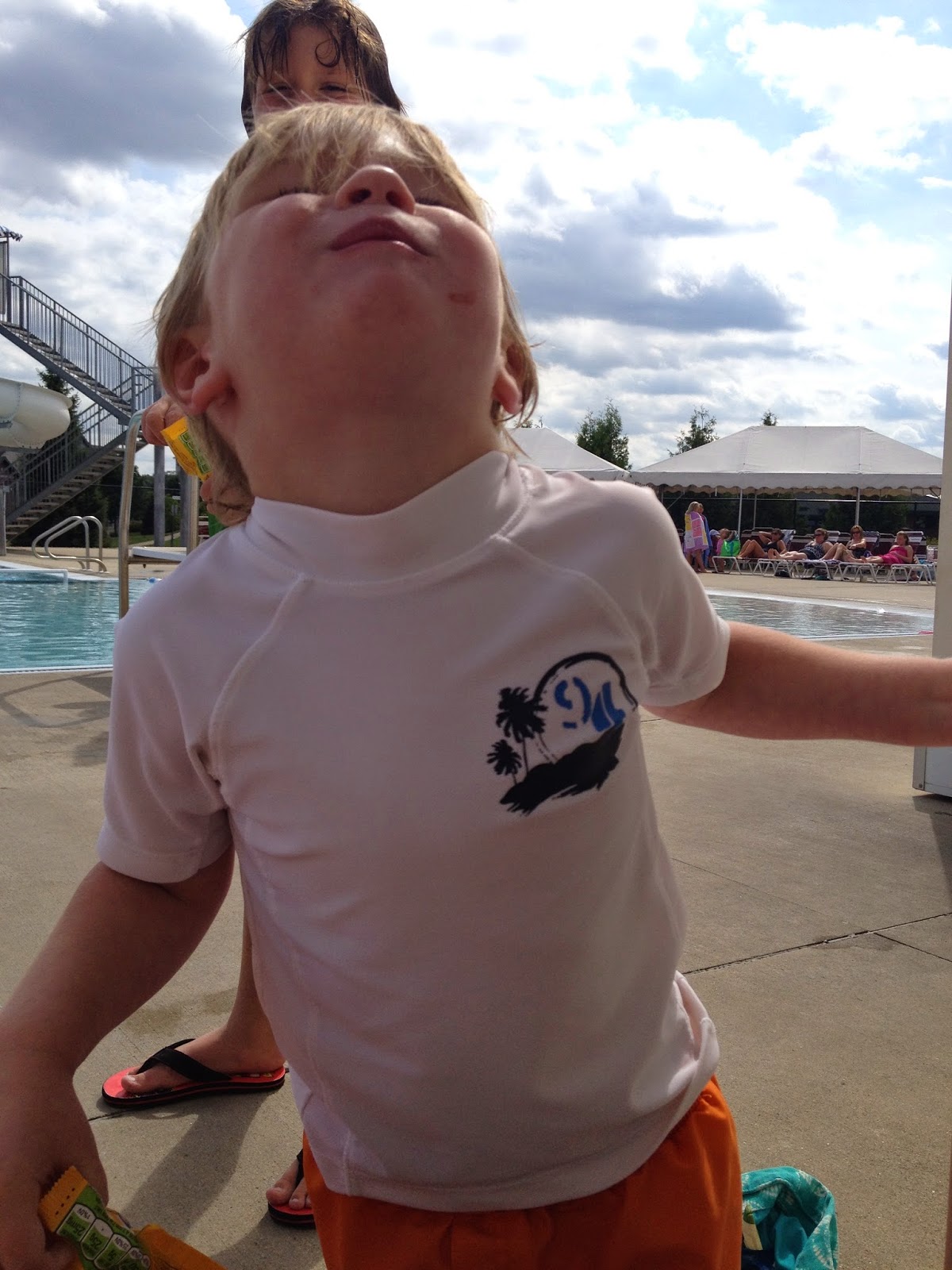 But then he BRAVELY-- so, so bravely-- deigned to try a single peanut M&M. 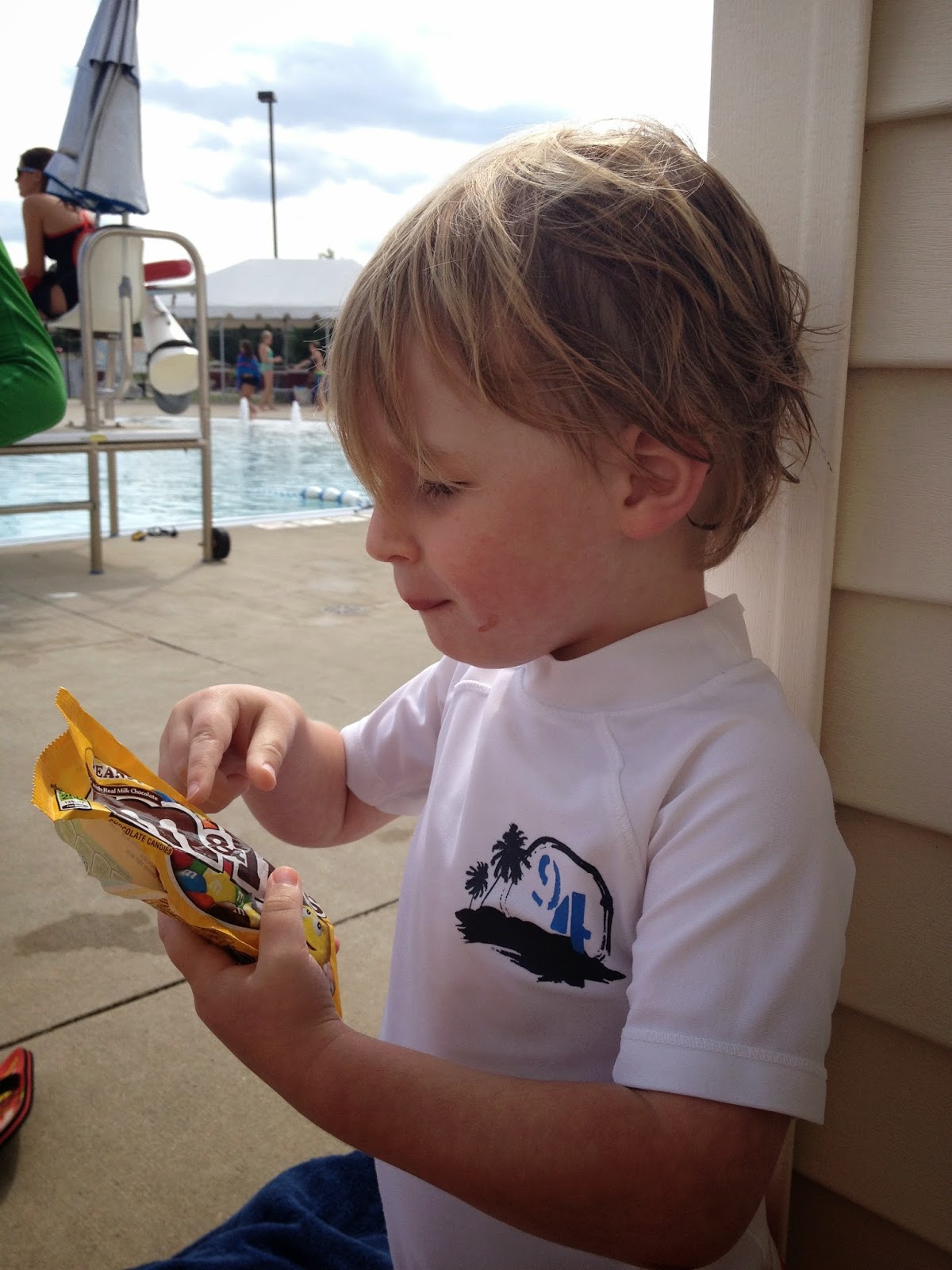 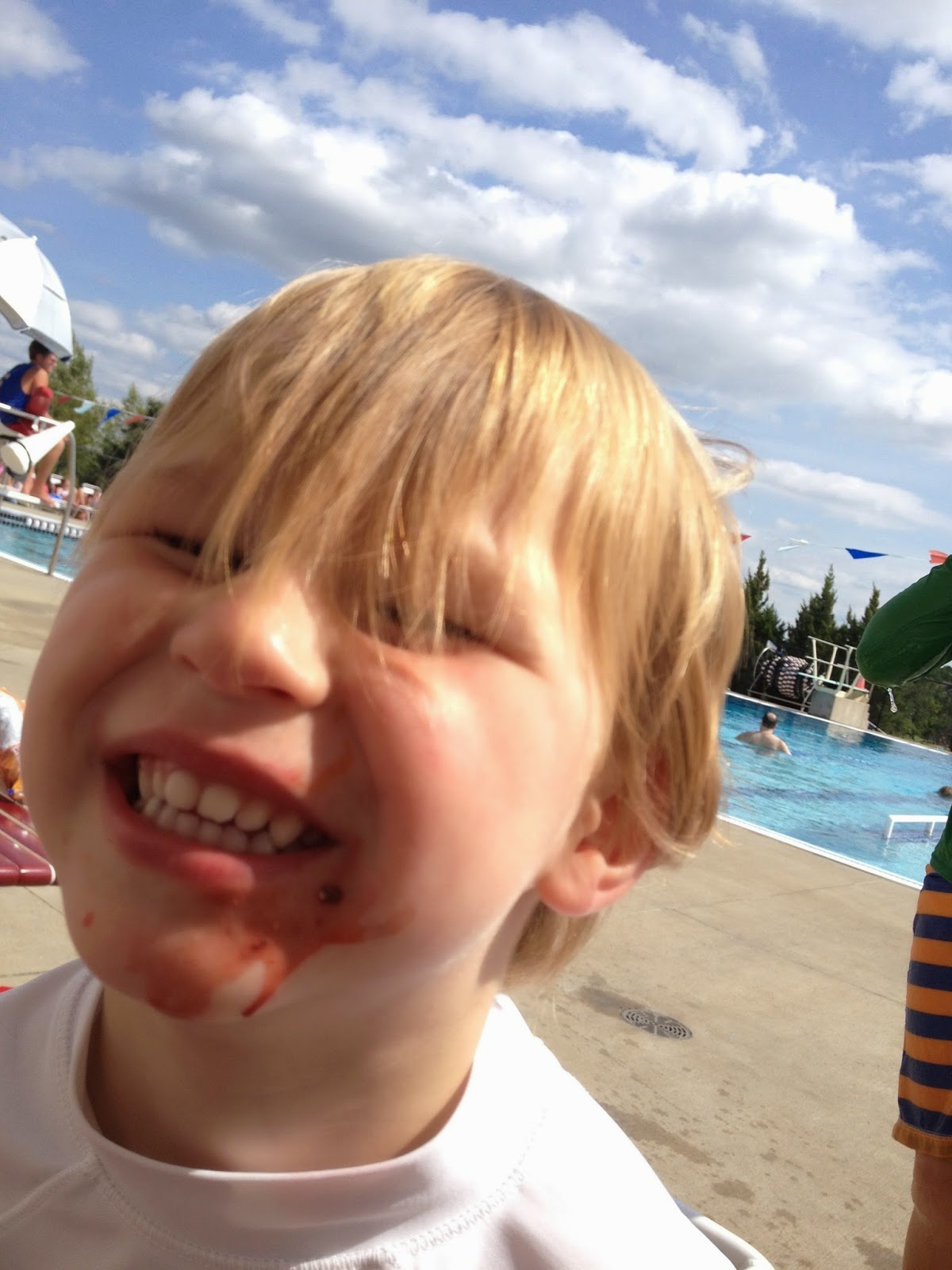 Remember how I said Dorothy and Jack were home sick?  They both had high-ish fevers, and Jack complained of a headache and sore throat.  Well, Friday night, I was up from 2:30 on because I felt so sick I thought I was not going to make it-- fever, chills, body aches, ad horrible, horrible nausea.  I watched Armageddon AND Beaches, though, so there was that.  Ben couldn't take my horrible moaning, so he went downstairs with the barking dog.  Just in time to intercept Harry, who threw up for 5 hours.  Harry and I spent all day Saturday lying in bed watching Big, Jaws, and Men in Black 3.  Separate beds are also awesome for sick days.  But I somehow found myself in charge of the children for an hour or so in the morning, and thankfully, Dorothy can get her own snacks because I was too wiped to even change the channel from the weirdo Saturday morning NBC offerings.  Worst cartoons ever. 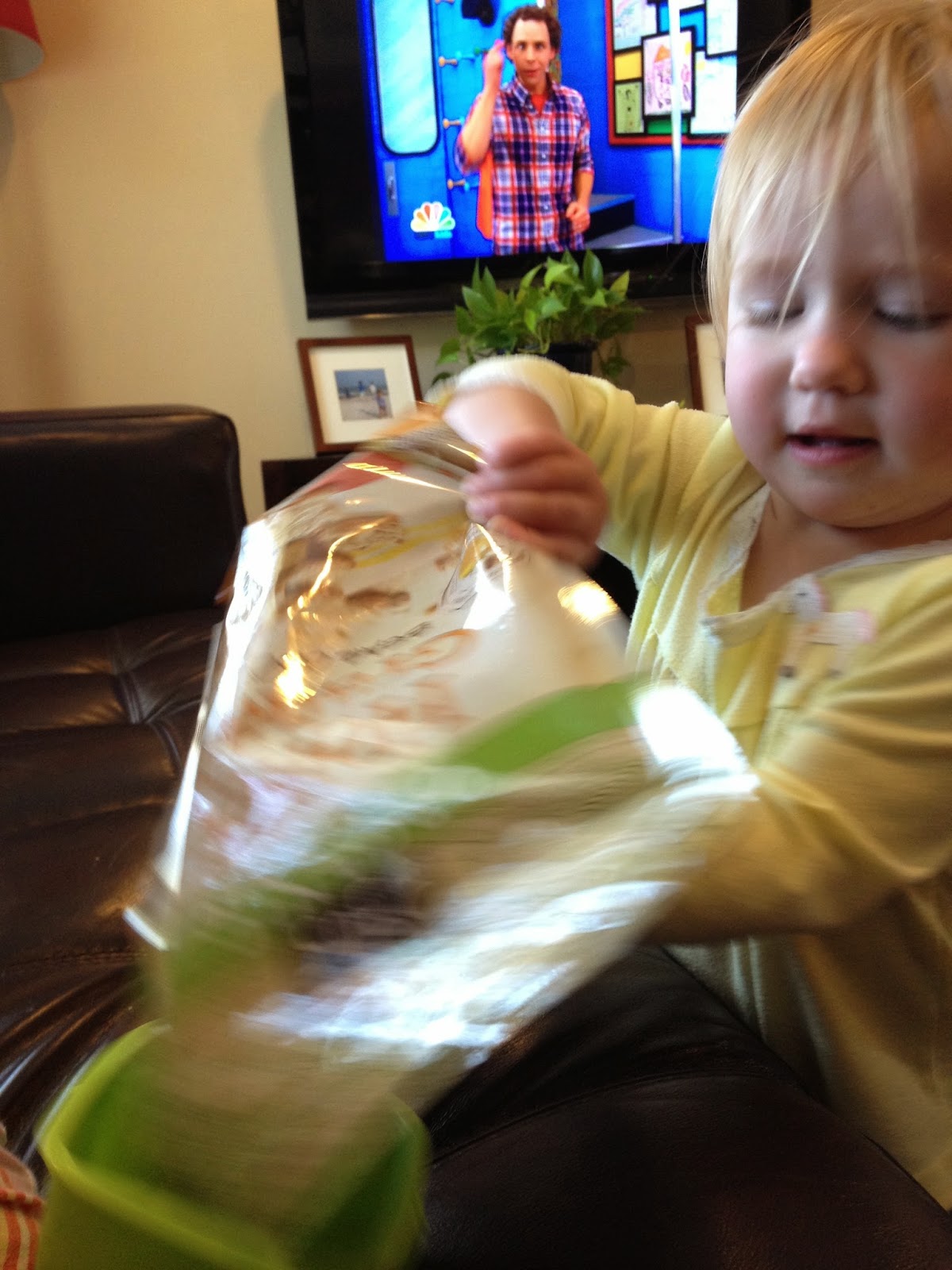 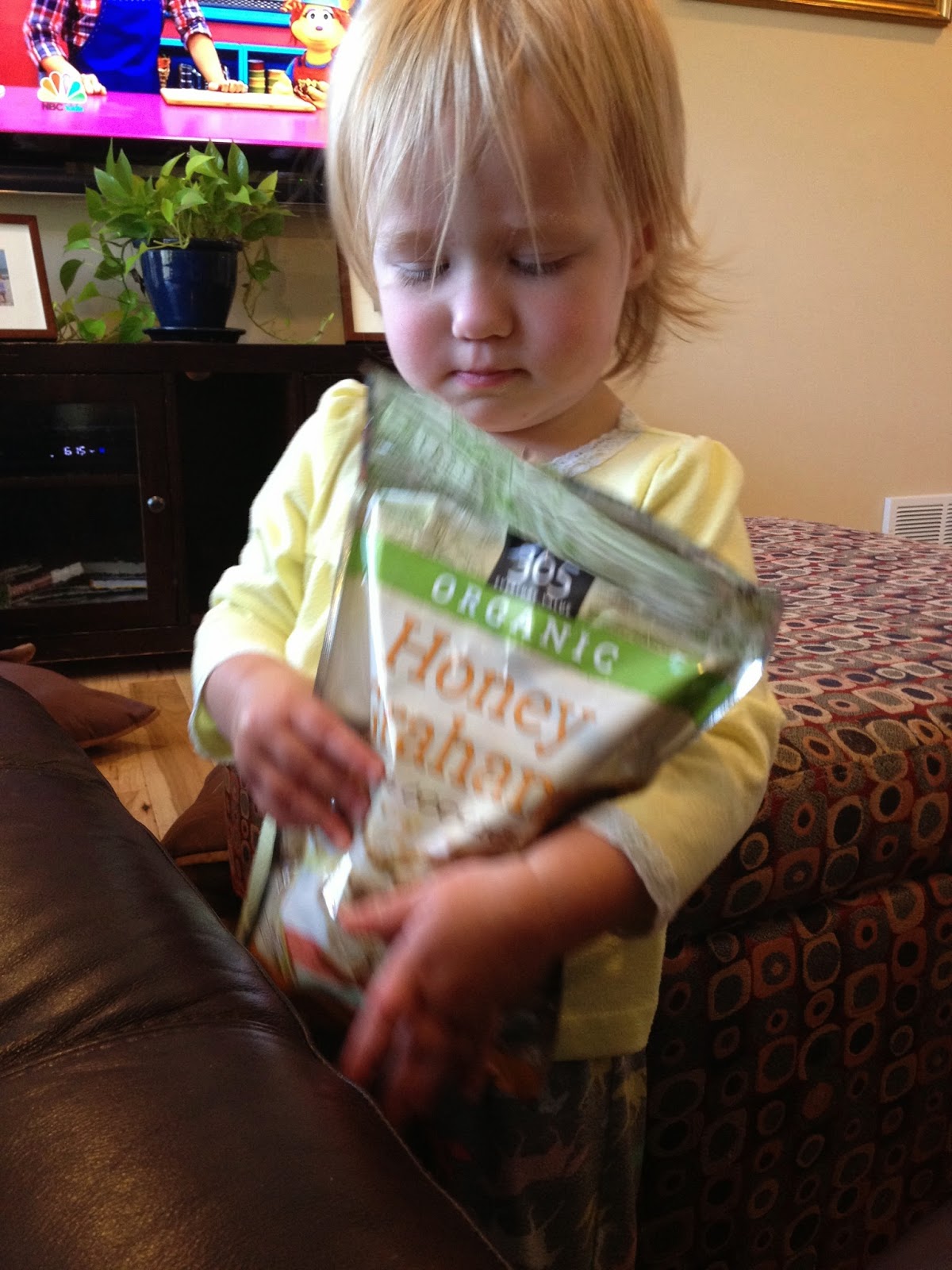 Speaking of wiped!  Ben took Beatrix for a walk before lunch, and she was too tired to make it all the way across the room to her LUNCH when they came back.  She took a brief stop under the table and then soldiered on the remaining 2 feet and PASSED OUT in front of her food. 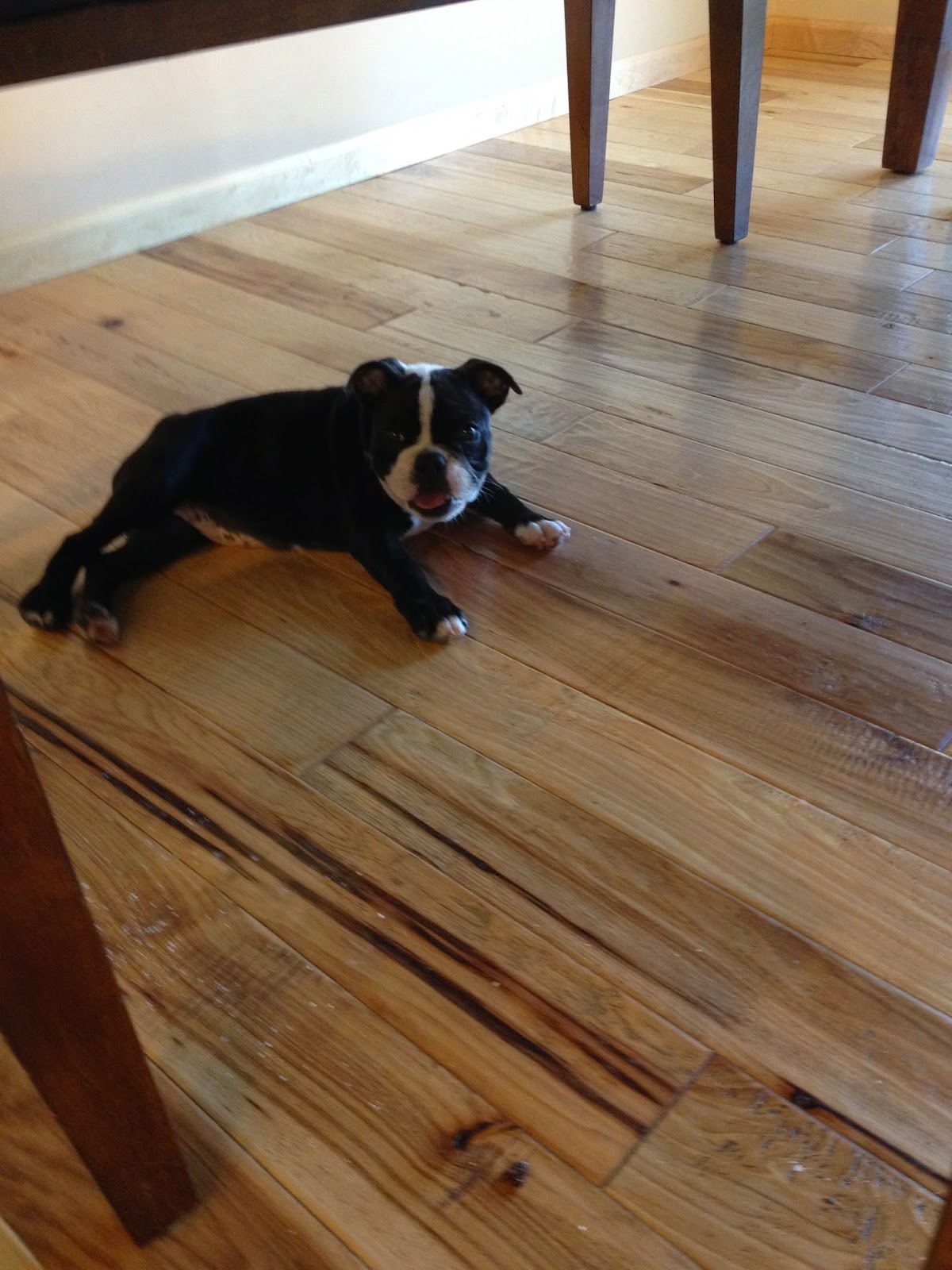 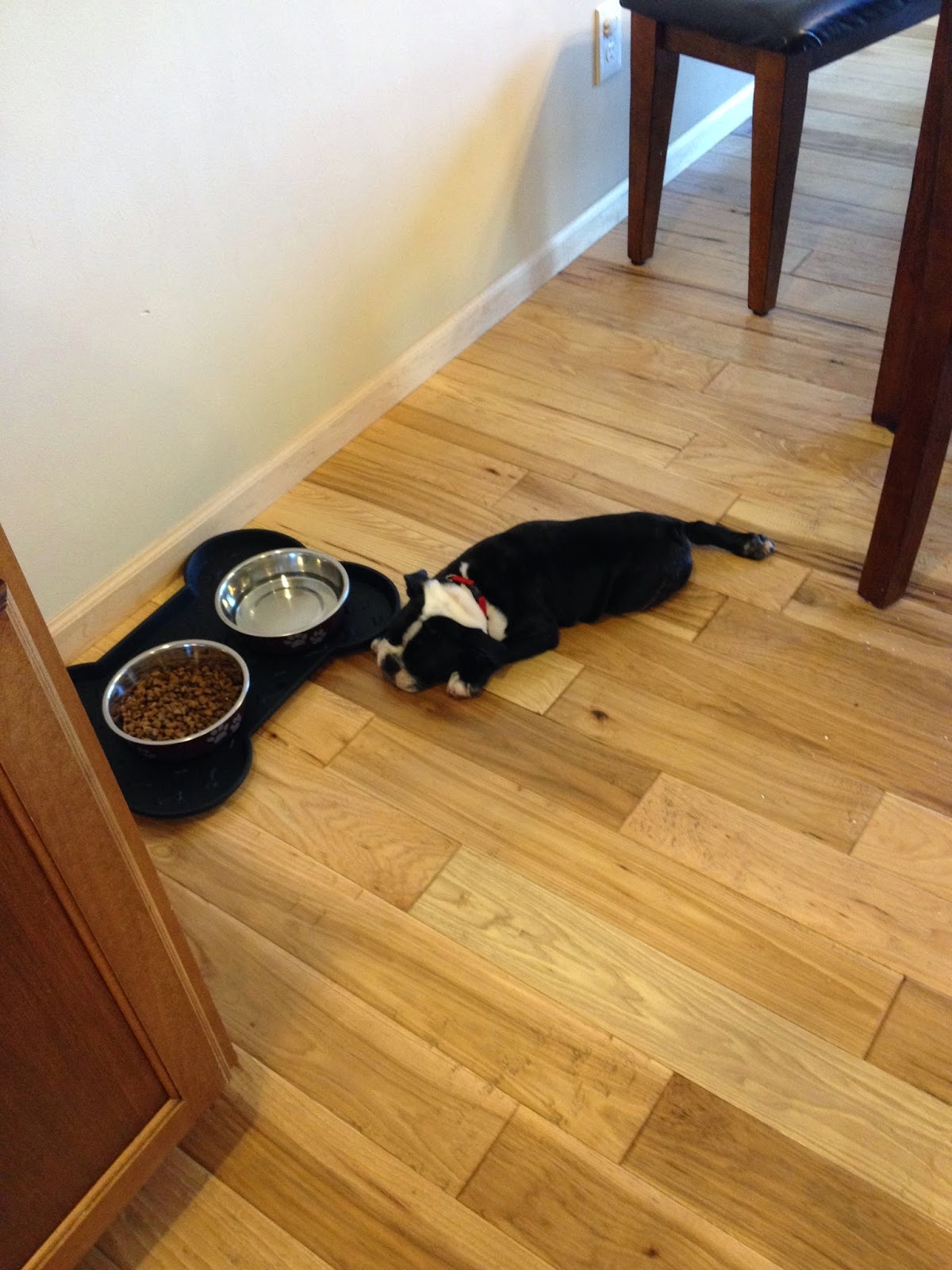 And then there was more pool.  If you need us this week, we will be at the pool. 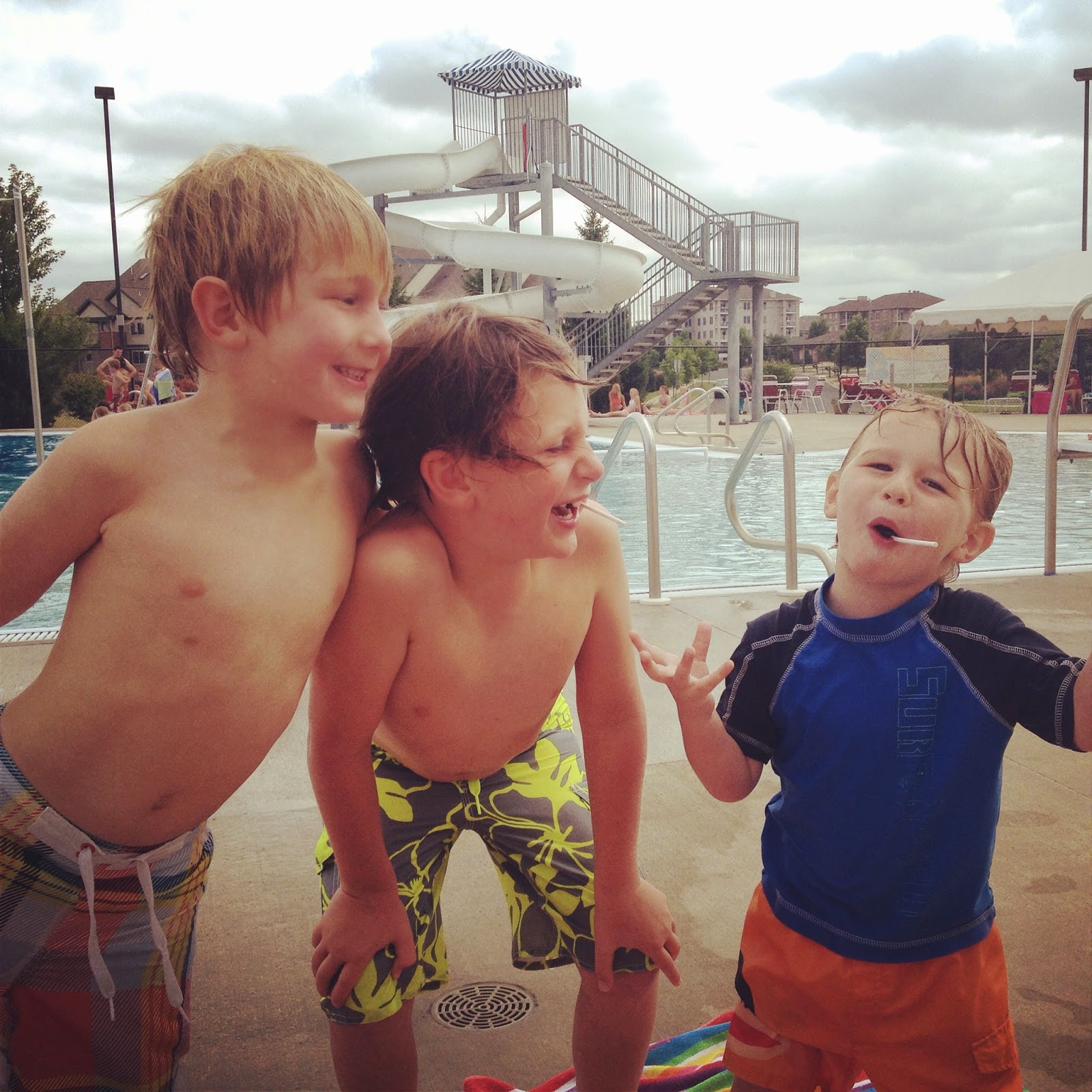 I feel like Scrooge waking up from the dream to realize it's NOT TOO LATE! It's STILL SUMMER! We've been going to the pool and eating watermelon like crazy, which is weird for back to school time, but I just can't let it go yet! Sorry about all the puking! Hope you guys are doing better!

Dorothy can get her own snacks!?!! Just yesterday she was a baby!!

That last picture is frame worthy!!