Seriously, look at how big this kid is.

He sleeps in a big bed. 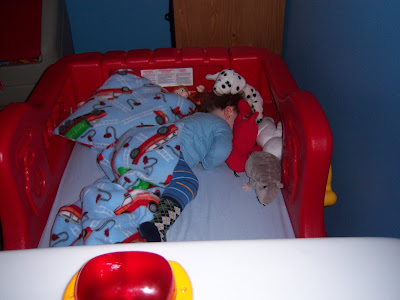 He helps his daddy wear shoes 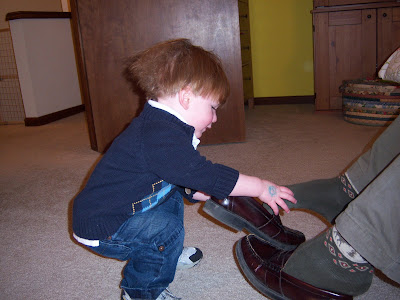 He eats in restaurants that have utensils (utensils not pictured, but trust me, they were there) 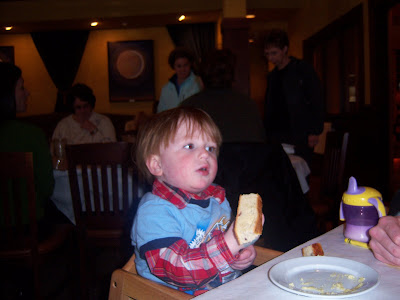 He wears a faux hawk 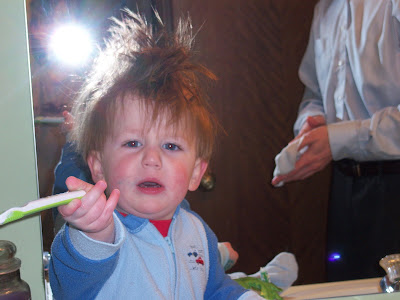 He even drives his own sweet ride (and apparently keeps his stash in the glove box). 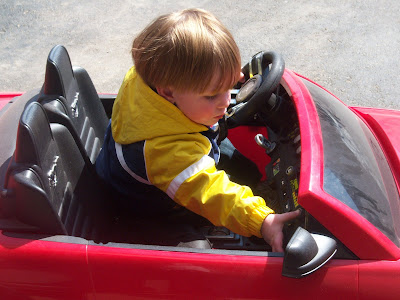 I think he has definite big brother potential.

His pediatrician suggested that we develop a script to get him ready for the baby's birth, since it might freak him our that Ben and I are not home for a couple of days. My mom is coming to stay with him, so we've been asking him lots of questions: Where does mommy go to have the baby? Hospital. Who will be with Harry while mommy and daddy are at the hospital? Gramma. Will the baby bring presents for his big brother? Yeah. Hohoho. (The ho ho ho was Harry's invention. Ben always answers that question by looking at me and saying "Looks like he picked out something lumpy.") Who will visit the baby in the hospital? Harry. Blah blah blah, you get the idea.

Well, recently, Harry decided to chuck the script and get right to the point. When we ask him who is going to take care of him while we're in the hospital, he says "Gramma. Ho ho ho Harry," meaning Grandma will, and she better bring Harry some presents. When he wakes up in the morning, he asks, "Gramma? Ho ho ho?" EVERY MORNING. He has no interest in the rest of the questions and doesn't really seem concerned about the baby one way or another. But Grandma and some presents? He can't freaking wait.

One thing he really does seem to be looking forward to is riding in our new double stroller. It's folded up in the laundry room, and every time he sees it, he reassures himself, "Harry's. Yeah. Harry's ride in seat." Who can blame him? It's really cool: 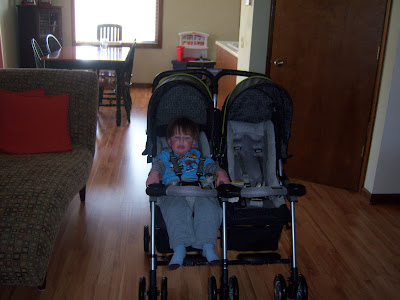 And it folds up really small, which is a must for us. 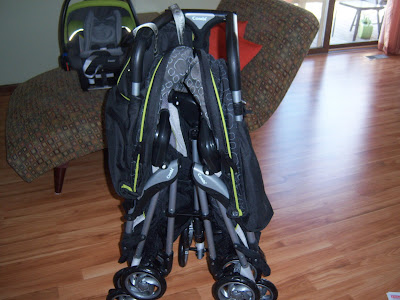 Harry prefers the infant seat (that straps in the stroller and only weighs 8 pounds, which compared to the 12 pounder we had for Harry is light s a feather)-- it's great for watching TV at the end of the day when Mommy is about to lose her mind and all AAP recommendations go out the window. 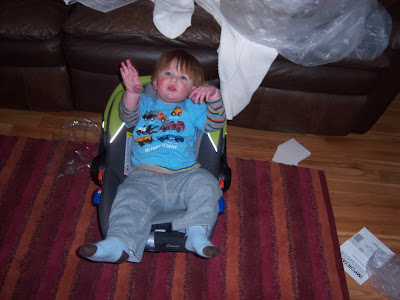 Haha! Charlie tried to get in the infant seat we were trying out when we were test driving double strollers at Babies R Us the other day. He's all about testing out strollers. What kind is your's by the way? Let me know how you like it. :)

we love the pictures and the comments you write about the family..Bomma