I saw this guy at the grocery store yesterday who was buying SO MUCH DELI MEAT. Like 6 pounds of turkey and 4 pounds of ham. I was waiting behind him for my half pound of American cheese when these two gangly, long-haired boys came running up, crashing their shopping cart into the case and screaming "What's next, Dad?"

"Pop Tarts," he said. "4 boxes." I have to admit, the amount impressed me. I can eat a lot of Pop Tarts these days, but 4 boxes? A weekly staple? Damn.

"Okay!!!" they screamed, and they were off in a flash.

"Oh my goodness," I said. "Your boys are adorable," because they WERE really cute, tall and skinny with big teeth and feathery "Dazed and Confused" hair.

He looked at me like I was crazy and said, "Well, you can take them home if you want them."

I patted my huge belly (pictured below) and said, "No thanks. I'm going to have 2 of my own soon enough."

Turns out, his boys are 22 months apart, exactly like Harry and McLovin. When he heard that, he was off and running, telling me how wonderful they were, how rowdy, what great friends, how the little one planned to live with the big one if the big one ever got married, how much they ate, how one took after him, but the other was more like his wife, how late they stayed up when they had sleepovers, how he feeds them all the time, but the little one still plays his ribs like a xylophone.

He was so exuberant, so joyful about the work of parenting his sons, that I was suddenly glad Harry napped too long and we went to the grocery store at 4:30, in the middle of the working mom rush, which I usually hate. I like to shop mid morning or early afternoon, when it's just moms with babies and old people with double coupons. I smiled the rest of the way through the store, even though Harry ate a bunch of deli cheese right out of the bag, there were no more gallons of organic milk, and I always feel ripped off when I have to buy 2 halves, even though I didn't make a list and ended up with no coherent meals (unless lemon pepper chicken breasts, Chips Ahoy rainbow candy crunch cookies and orange juice sounds good to you, too).

In fact, I have been smiling ever since. Especially since I've started having some contractions!!!! Nothing regular, but still, things are happening. Ben claims he has no nerves this time around, but every time I breathe heavy (which is all the time because I am huge-- as you can see), he is halfway up the stairs to grab our hospital bags, looking at his watch and screaming, "Are you okay????" 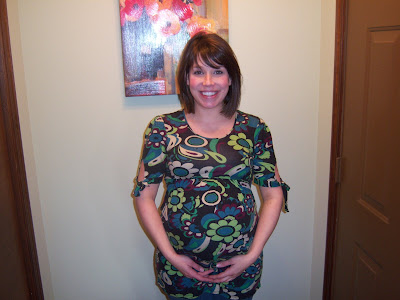 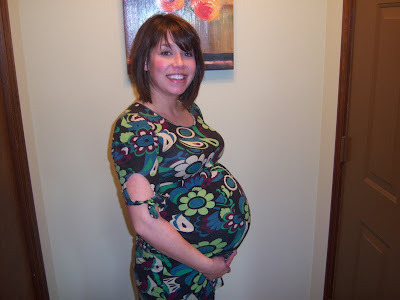 I told Harry that I can no longer see my feet, and he helped me find them. 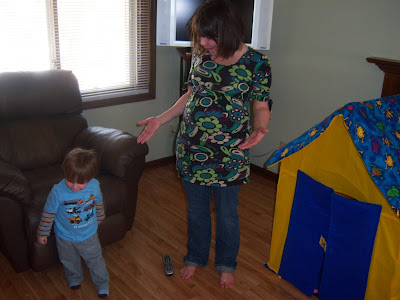 You might think these are Mr. Potato Head's glasses, but like everything else in our house, they are actually Harry's. He'll tell you so himself. 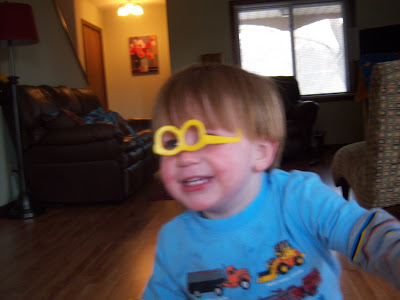 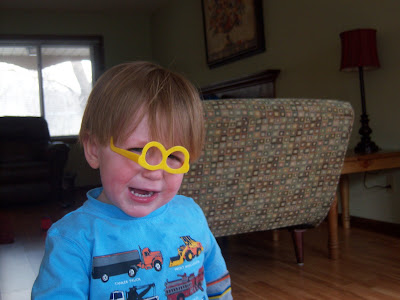 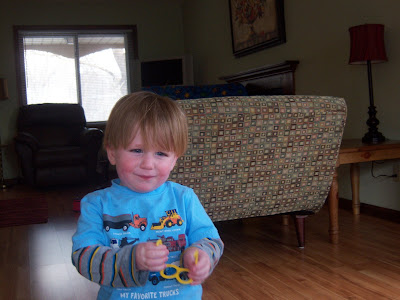 thank you so much for the new entry..you sound fine, look beautiful, even though nearly ready to pop..we are waiting for news...our love, Grampa Jack and Bomma

Charlie and Bravo will be 22 months apart too! This post makes me happy too! You look great, by the way and CONTRACTIONS? That's awesome! Good luck.

I love the haircut! It looks great.
No rush on the contractions, Dude.

You could not look cuter!!! What a great experience!

And *yay!!* for contractions!