Genius Bar rant and How Old Do I Look pics

May is my FAVORITE month.  My birthday.  Mother's Day.  The end of my school year when the kids still have a month to go.  The opening of the pool. It's fabulous.

This month, though, I have spent WAY TOO MUCH time at the Genius Bar at the Apple Store at my mall.

First, we added a Disney World leg onto our Hilton Head vacation this summer (shut up-- they're practically next door), so I took all 3 of our road-trip ravaged iPads in for repair.  Except the goddamn geniuses don't repair iPad mini displays, so they offered to replace my 2 cracked ones for $199 each.  Um.  What?  New ones are like that same price.  SO, I bought Otterbox cases for them, and you can barely tell the screens are even cracked. And if they had been wearing Otterboxes in the first place, we'd have no problems right now.  The other one is my original iPad from my birthday/Mother's Day 2010 (see, I told you this was an awesome month). Dorothy spilled a milk box on it and now it is broken.  Except it still makes a hopeful noise when it's plugged in.  Alas, the "genius" could not fix it, so we have to buy a new one-- I am waiting for a good Father's Day sale at Target.  Moral:  ALWAYS buy AppleCare on your iPad even if you normally don't buy AppleCare.

(Also, thinking of just getting 4 Kindle Fires, but how does that work with the apps and media we already have through iTunes?  Also also, I know third parties can repair the display, but it;s kind of risky and Apple won't fix them if anything goes wrong, and I can see how things could go wrong because my phone-- which brings me to)

Second, I dropped my damn phone walking to the park carrying Dorothy and pushing her purple car that she no longer wanted to ride in, and the screen on my 6 Plus shattered in a million pieces.  Which was so unexpected because I have a case with a small lip around the edge that is supposed to absorb impact, and I have dropped my phone eleventy billion times in the last couple of months and nothing happened.  Ben was working late, and I would rather eat my shattered screen for breakfast than take my phone to the Apple Store with everyone in tow, so I went the next morning as soon as it opened.  And enjoyed a 40 minute wait.  The genius I talked to wanted to repair the screen, but I just wanted to switch the whole thing out for a new one because I was running late and wanted to go to my office and not have to come back to get my phone and it was the same nominal fee thanks to AppleCAre Plus.  He had already filled out all the repair paper work, though, so when I said I wanted to replace it instead, he made a show of checking a damn drawer where they don't even keep phones and telling my my phone was out of stock.  I could tell he was full of shit, but I just needed to get the fuck out of there, so I was like whatever and went to work phoneless and had SUCH A PRODUCTIVE DAY.

On a side note, when I picked up my phone after work, I bought a $35 screen protector, and it is the biggest piece of shit ever-- do not buy!  I ended up taking it back and buying a giant case from a kiosk vendor that is so big I cannot hear my phone unless it is on speaker, so I also took that off but kept it in a drawer because I AM NOT GOING BACK TO THE FUCKING MALL ever again.  But I am getting ahead of myself.

I picked up my phone.  It seemed fine although the screen felt a little tacky and didn't slide as smoothly but whatever.  The next day, though, I tried to call Ben from Costco and discovered that the ear receiver didn't work anymore and the phone could only be used on bluetooth or speaker.  SO there I was BACK AT THE APPLE STORE this time with Cooper to get a new phone. And of course, not even 24 hours later, my phone was in stock because the first genius was a lying asshole.

So there you have it.  I have been at the Apple Store way too often.  Also, the new phone software has the camera arranged differently, and my photostream was gone, and I was so frustrated I almost signed up for a class at the mall like the adorable older woman who was learning Facebook on her iPad.

Oh my goodness, sweet little Cooper won a spot on the after-hours pizza and movie party at his preschool at the school auction.  He was so ambivalent about the whole thing.  He wanted to spend one more chunk of time with his teacher who is officially now on maternity leave, but going to school at night is weird and he hates pizza.  We got a call that he might want to come home, but then 20 minutes later, we got another call that he was having popcorn and fruit snacks and was totally happy.  He came home triumphant and saying the party was "the best." 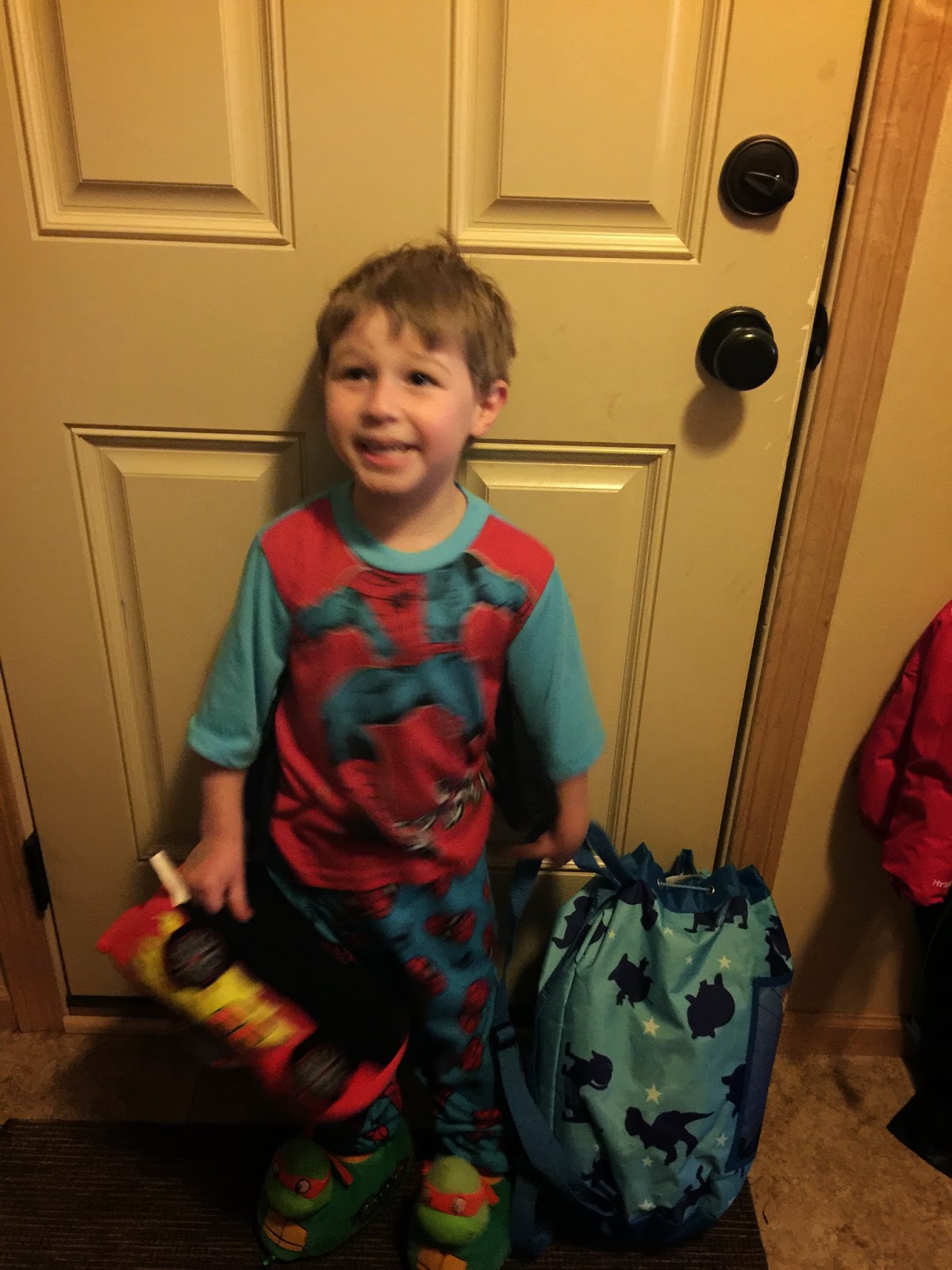 Dorothy likes Baby Henry, but she is also quite jealous of him. 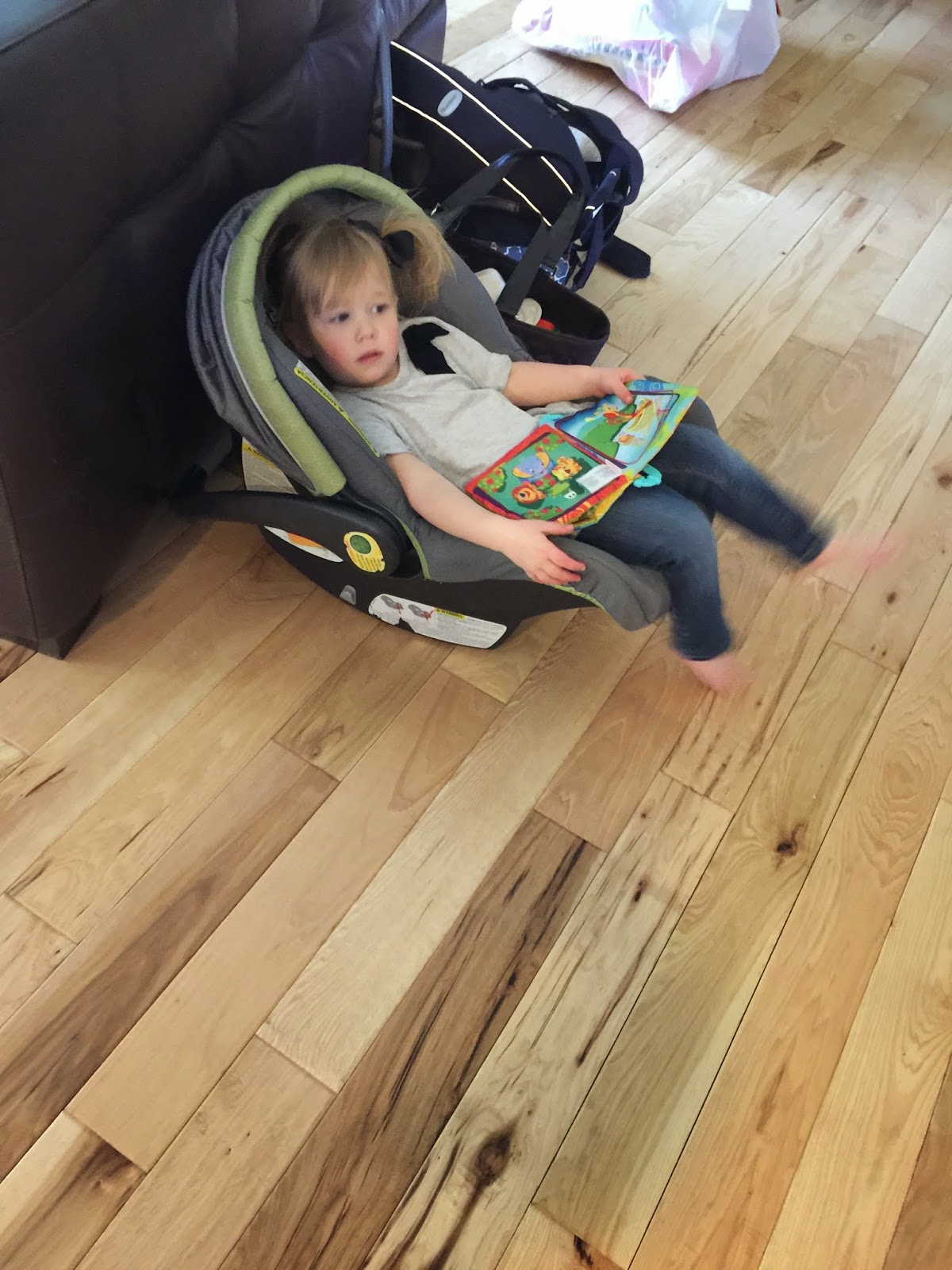 I took Henry, Dorothy, and Coper to Costco because we had NO FRUIT and needed a Costco-sized infusion of it. 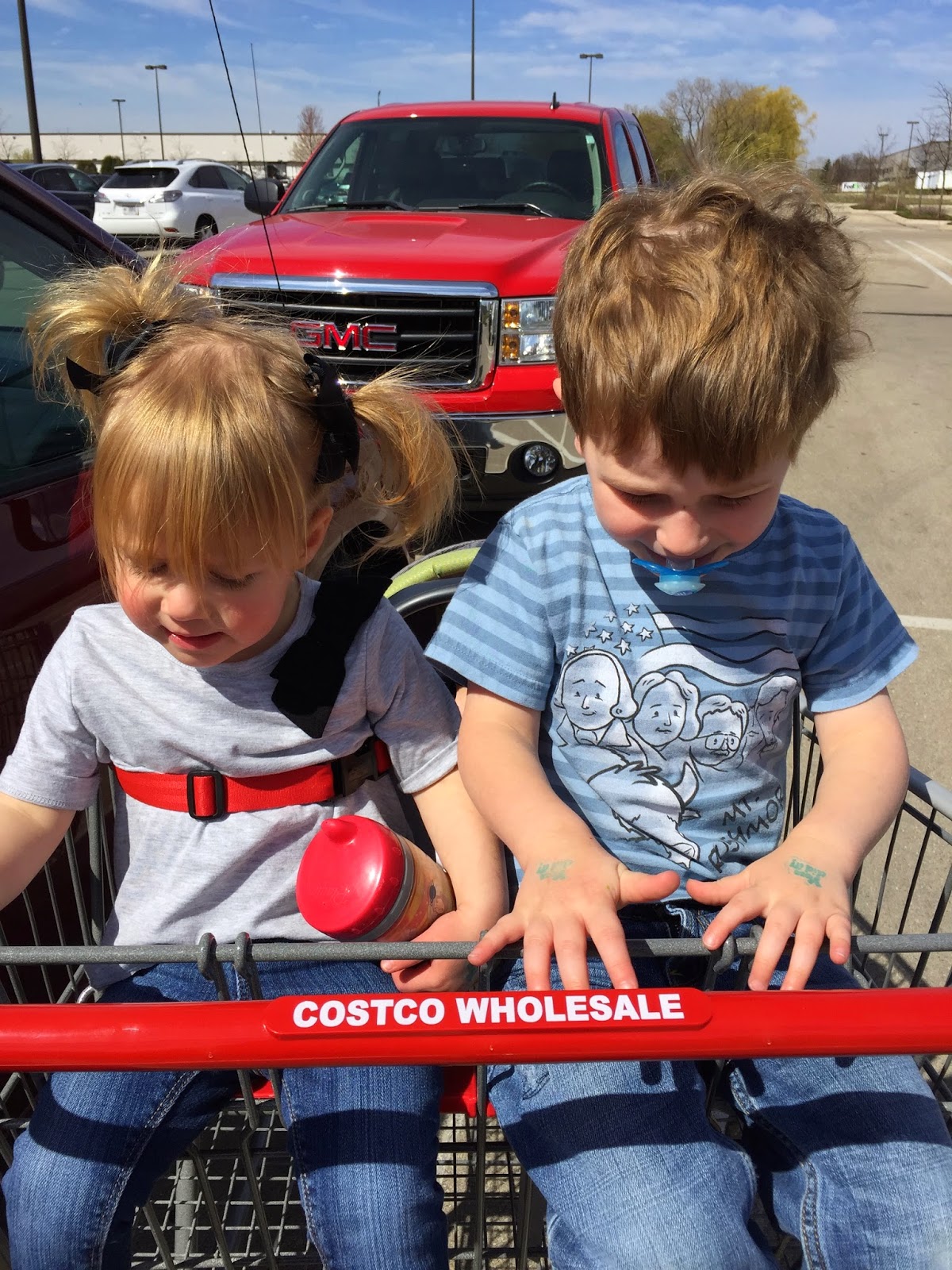 And it worked out pretty well. 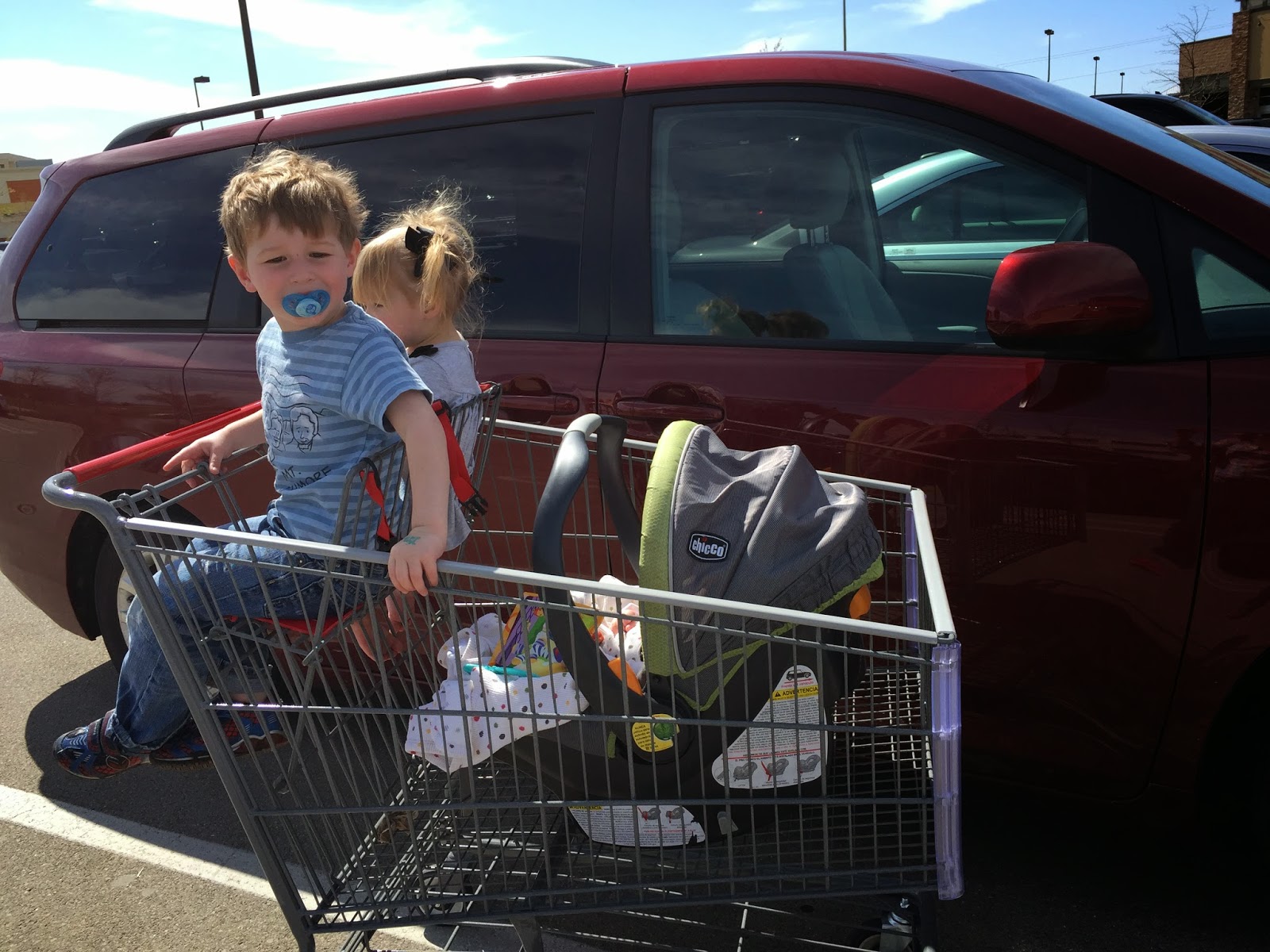 SERIOUSLY.  He is adorable. 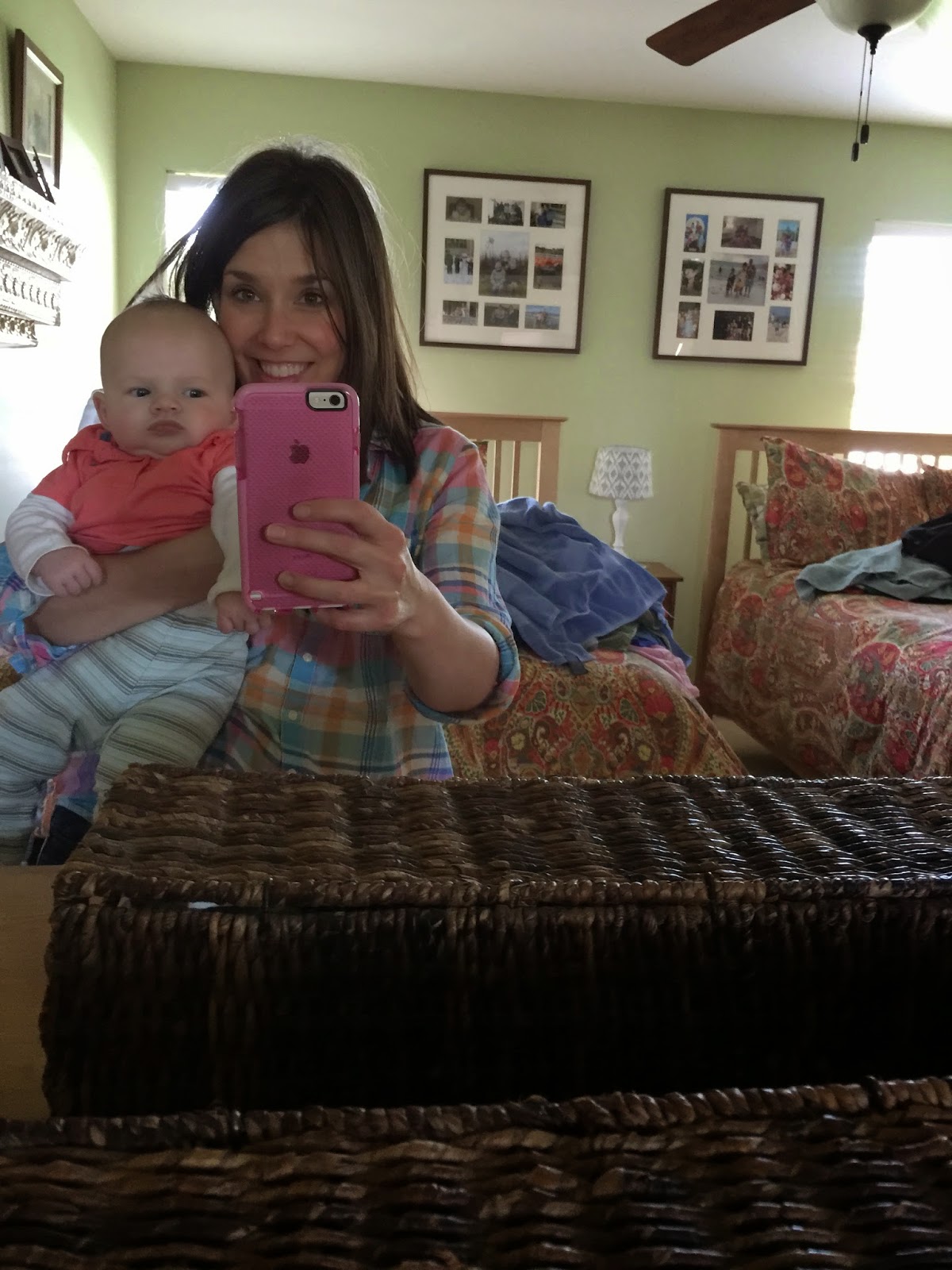 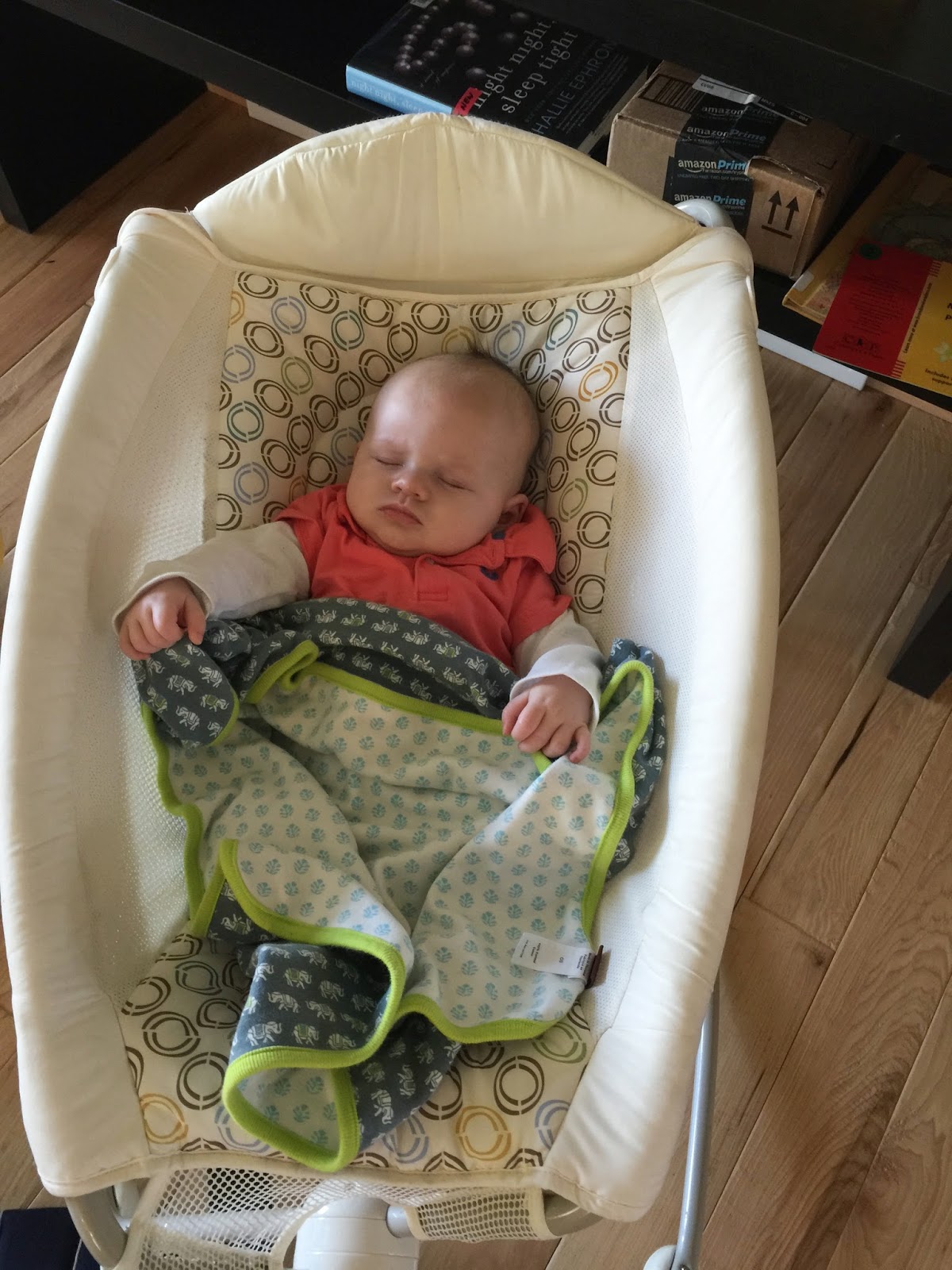 Could Cooper have more mom jeans?  He also has about 32 pairs of shorts.  We are having a garage sale in a couple weeks, so we finally cleaned out and organized all the kid clothes.  SO MANY 4T's. I finally got to see my first lacrosse game, and it was both preppy and horribly violent.  My favorite.

My pictures are not the best because I was dealing with Cooper, Jack, and Dorothy, and I was clearly more interested in Dorothy's awesomesauce Olaf tank top.  It is about 10:00 am in these pics, and Ben is SO SUNBURNED from his 65 minutes outdoors.  Coaching is rough. 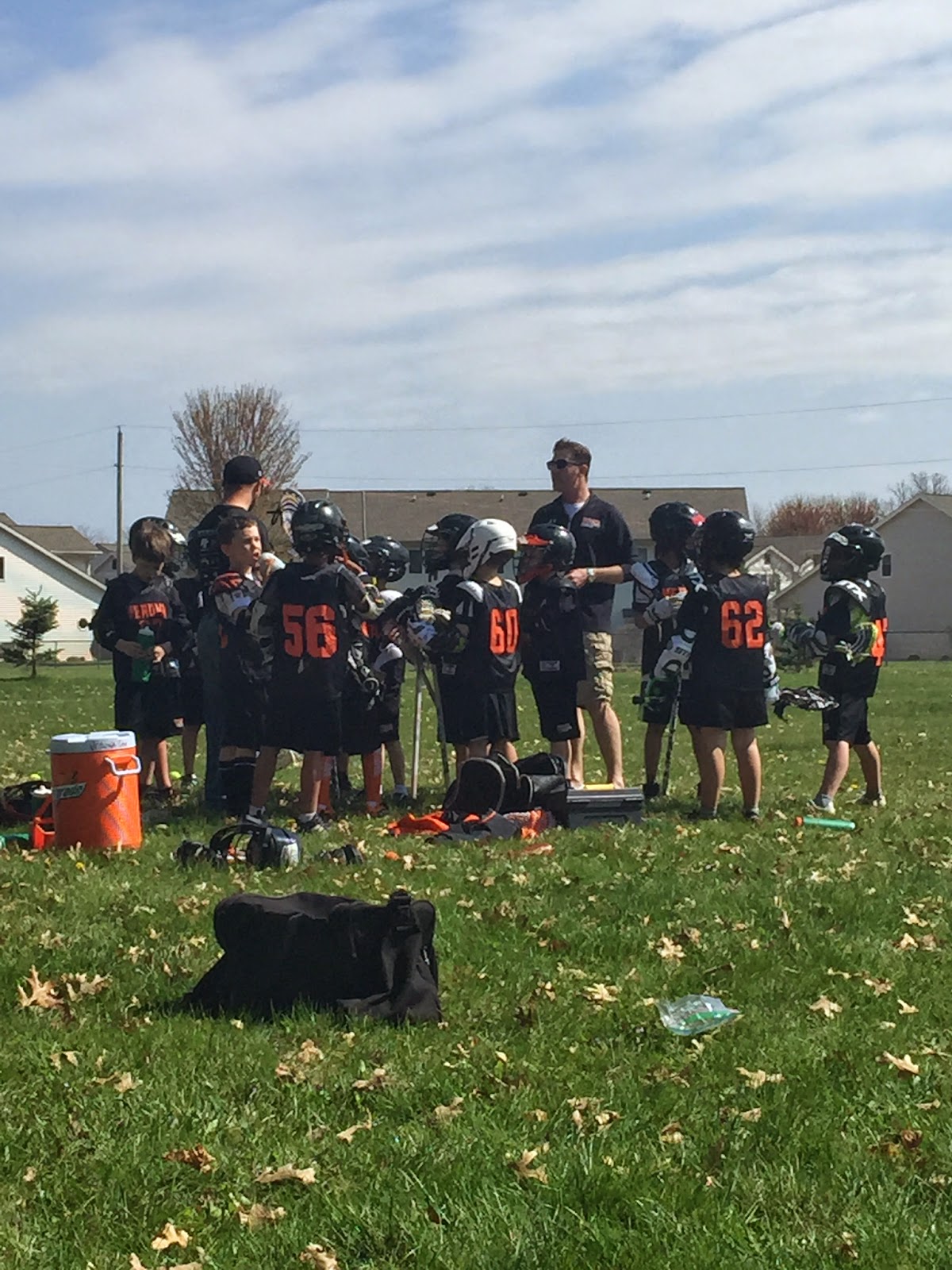 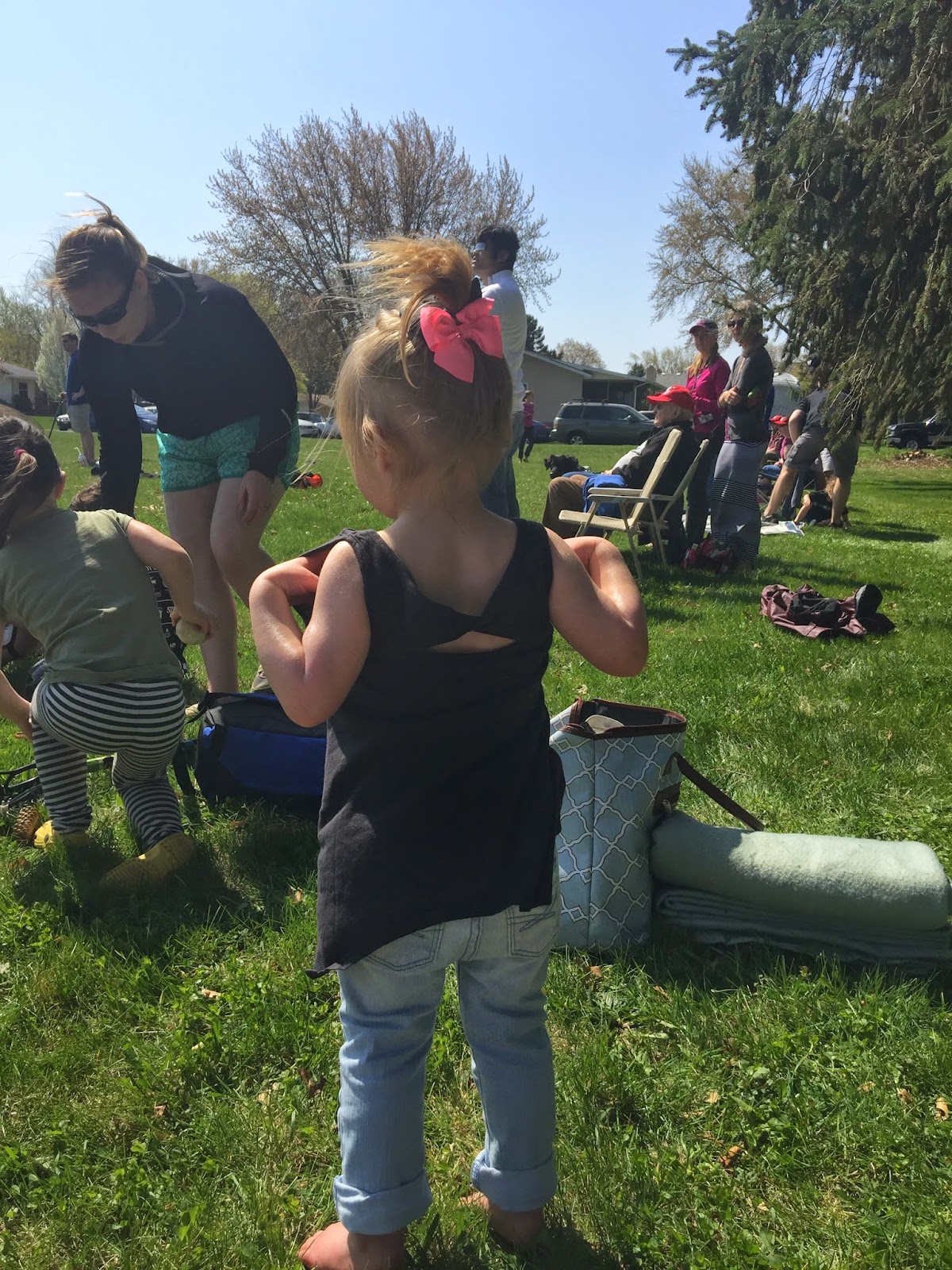 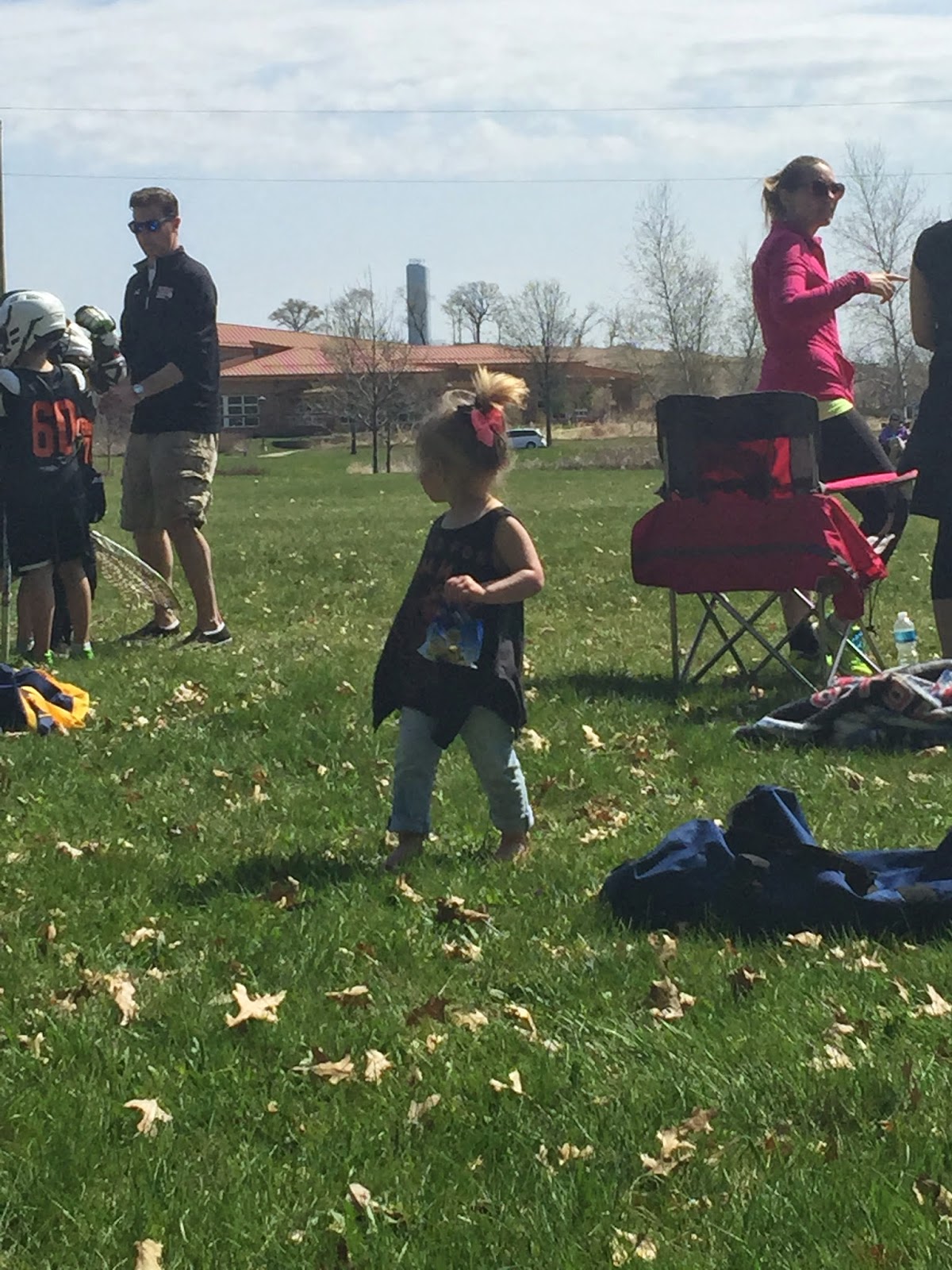 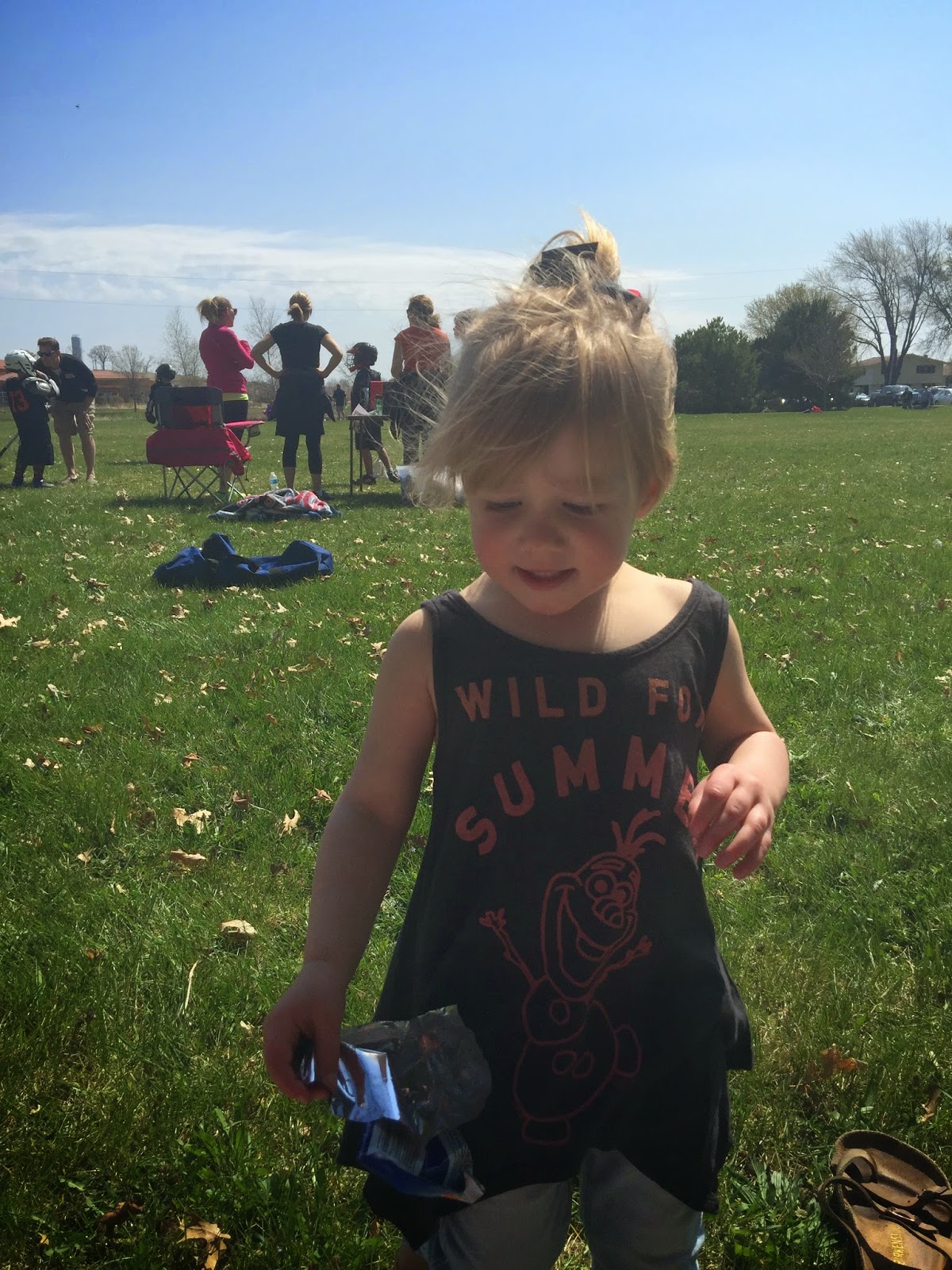 Have you seen people posting those How Old pics on Facebook?  My friend Holly sent me one of me and Ben that said Ben was 37 and I was 28, and I was hooked.  Yesterday on the elliptical, I spent 35 minutes running pics on that site and taking screenshots of them.  You're welcome.

Clearly, the Badlands aged us.  Except for Benjamin Button over there. 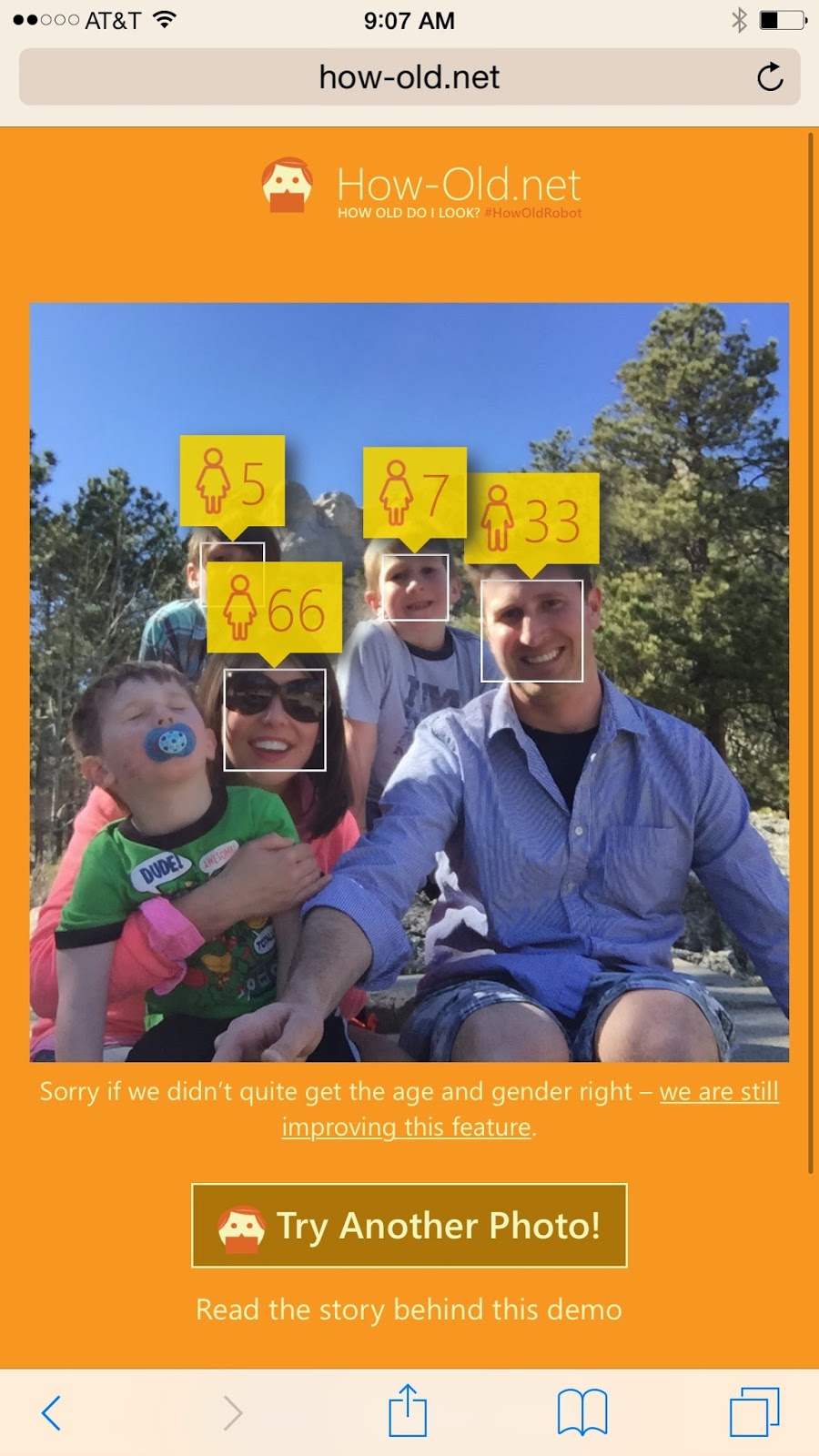 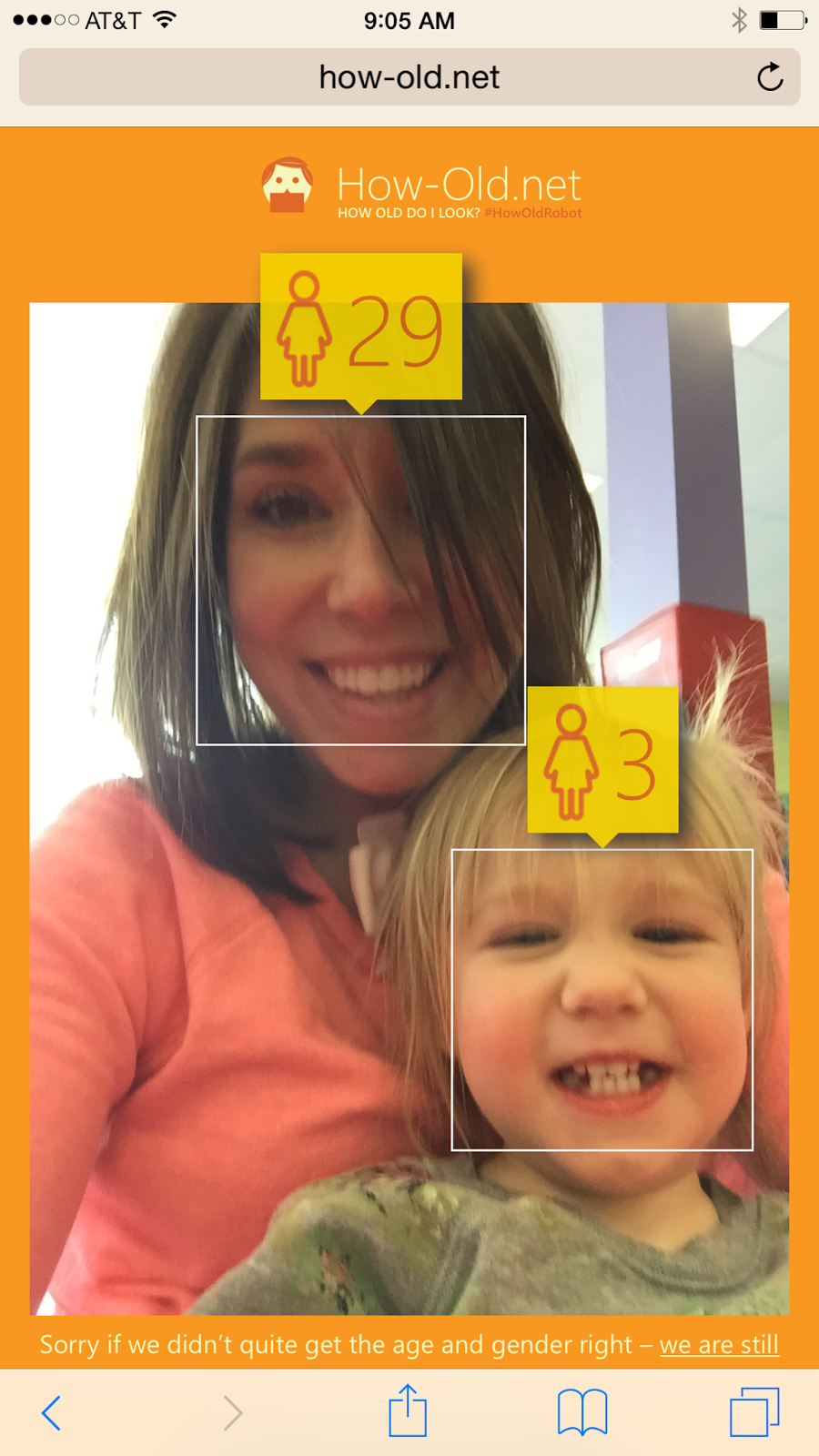 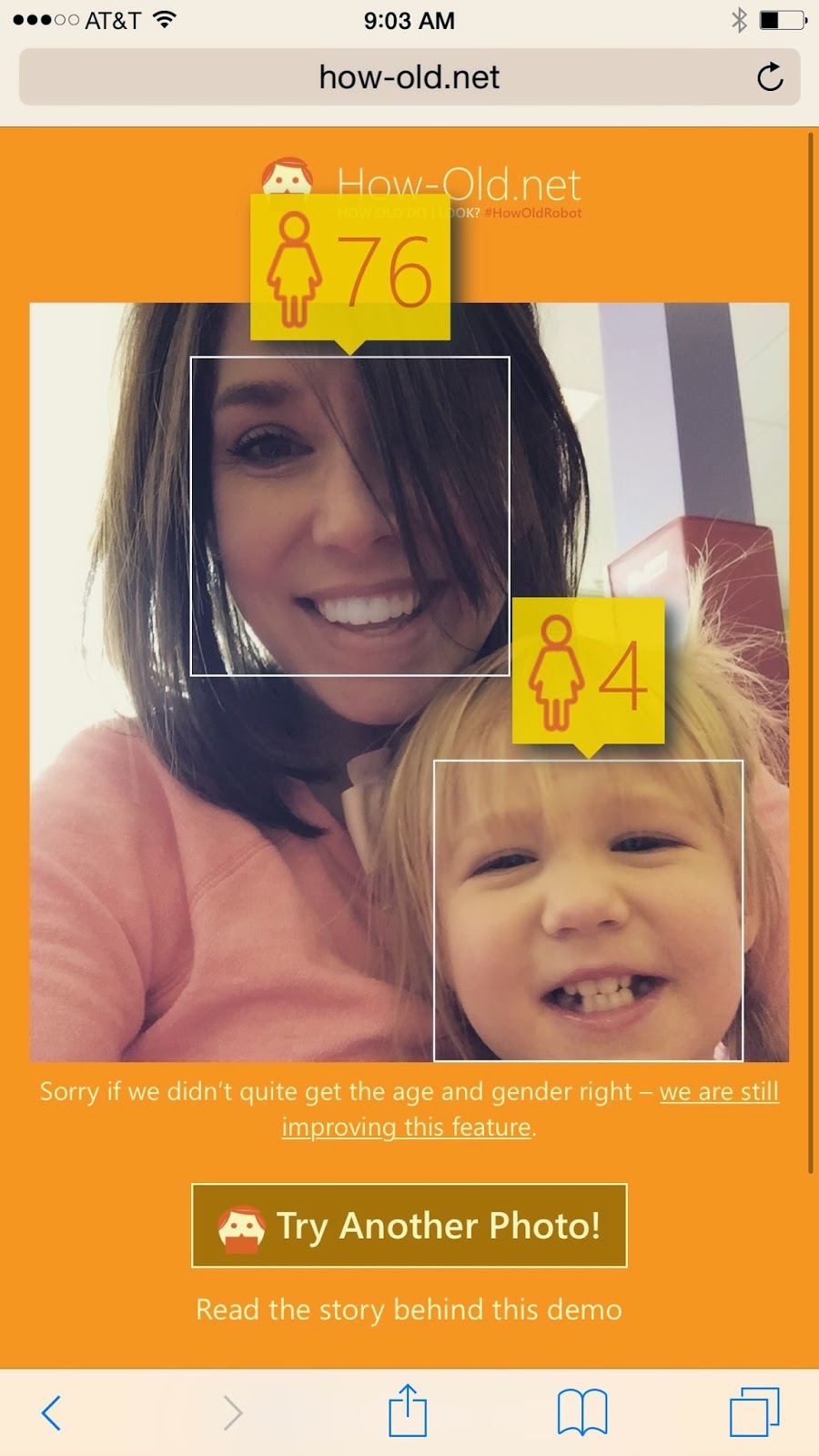 This just kills me because I was trying out the selfie stick and this is the worst picture ever. 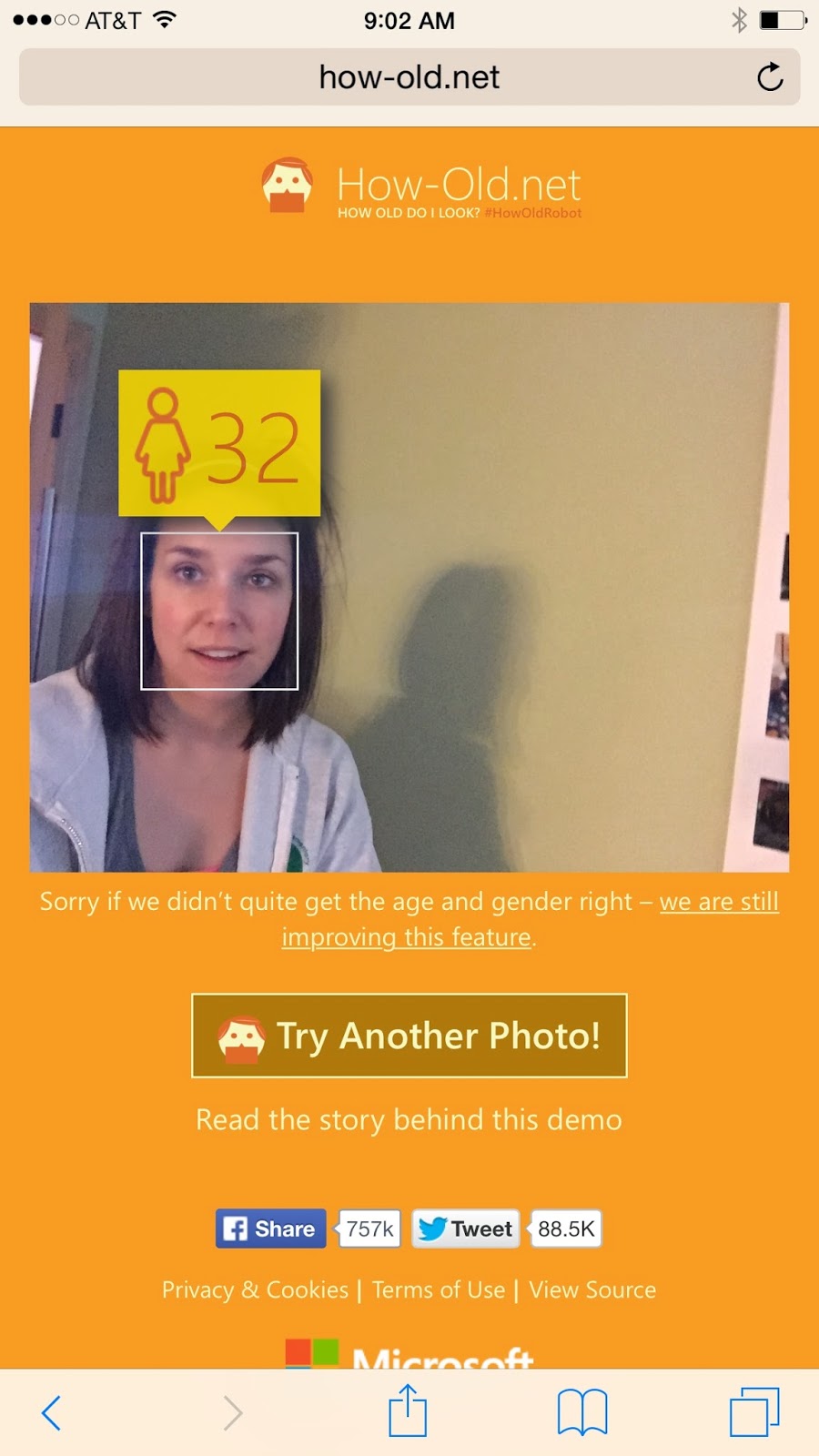 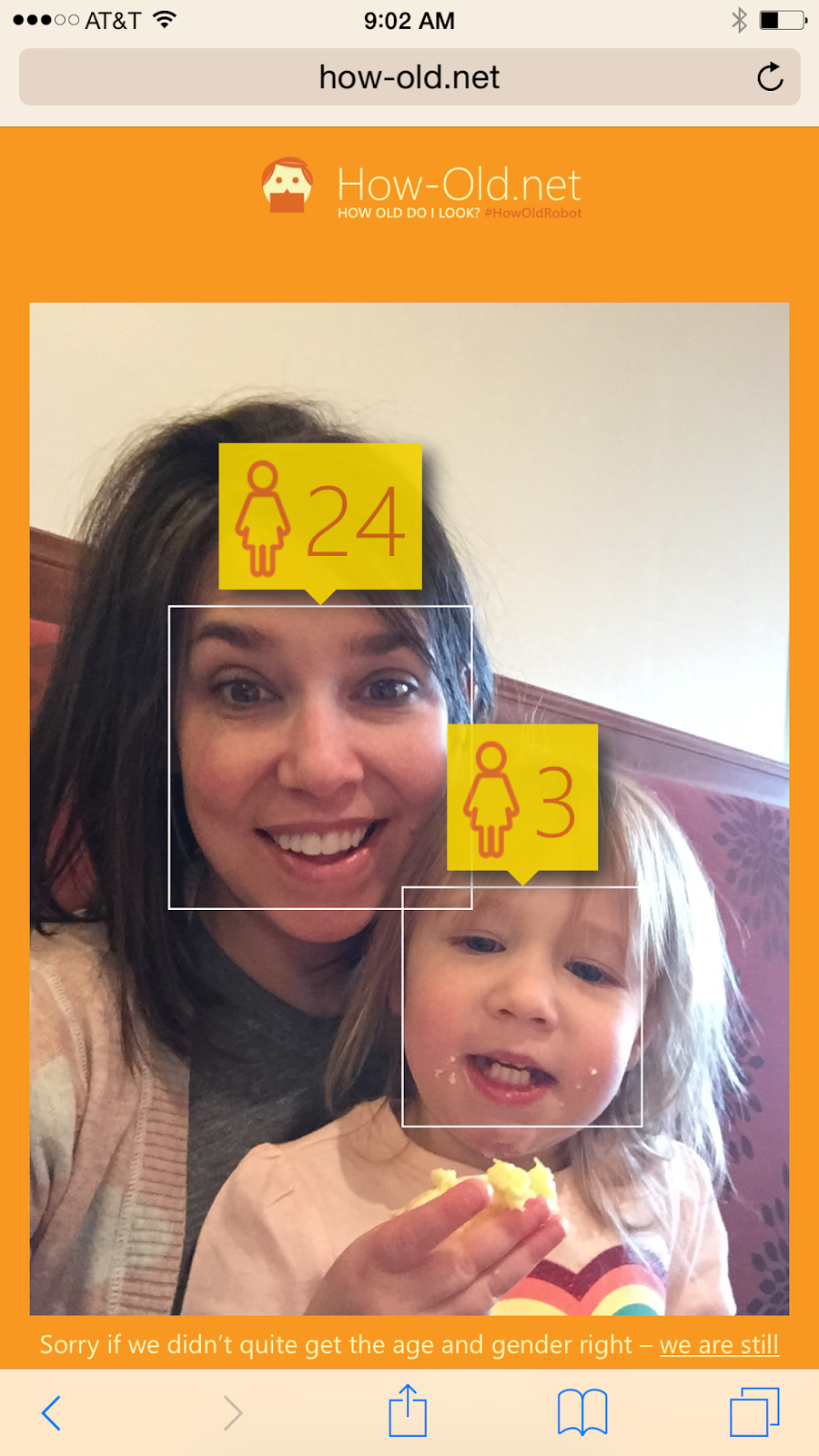 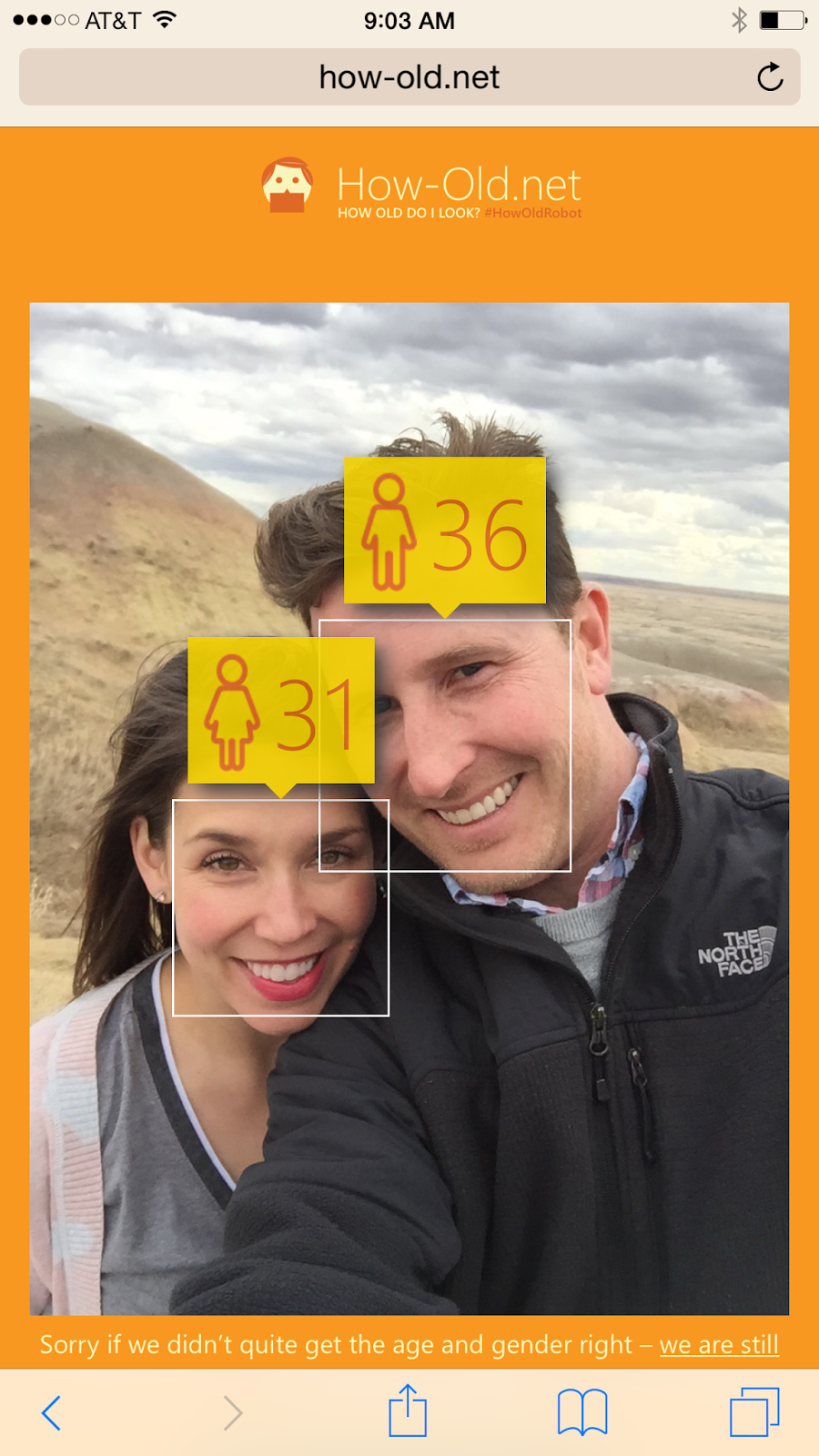 Omg. The selfie stick pic doesn't even look like you!
So sad about the iThings! I'm pretty sure my 2010 iPad just bit the dust too. FWIW, E and I both have Fires and they're great. I prefer the store set-up and there are tons of free apps. I've also got an otter box on my phone, which I highly recommend. Yes, it's big but its almost indestructible.

Thanks for continuing to share your adventures. I've enjoyed your blog since the days of Academic Chic (was that what it was called?) and my connection to WI makes your blog even more of a treat for me.

If I remember your research area correctly, I wanted to recommend
a book to you, if you haven't already read it. It's called My Notorious Life by Kate Manning, and I think you might enjoy it.