Since we've been home...

So much has happened since we came home from vacation!  Ben got Cooper's virus, an so did Jack.  I felt awful on the ride home but was okay once we got here, and Harry did not get sick (knock wood).

While Ben and Jack laid around sick, I took Harry and Cooper to the zoo.  Cooper squawked a lot, but Harry loved it and chatted constantly.  He also rode the merry-go-round on an up and down animal which he almost never does. 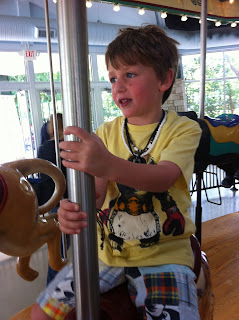 Becca and Ryan and their 3 boys came to Madison for the week!  They stayed with us for the first 2 nights, but then our house got ripped up by the flooring company, so they spent another 2 nights at a downtown hotel.  The kids and I hung out downtown yesterday, and Becca and the boys came over for one last playdate today.  The kids had a great time!  Jack really misses "West." 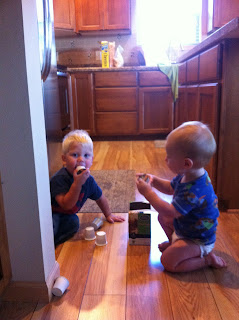 Jack and Wes at the park (we had lunch right before this and 3/6 kids cried.  I forgot Harry's sandwich but offered him a giant cookie for lunch, but he lost his shit anyway, poor guy. 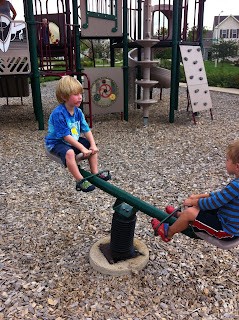 On Wednesday, Amy and her ids came to town for the day/night.  We braved Panera with all the kids for lunch.  Loud, loud lunch. 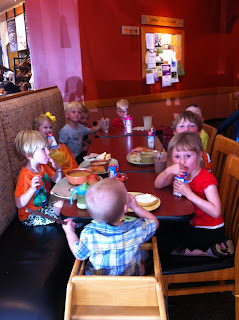 We had dinner at our favorite local pizza place that has a downstairs playroom that the kids LOVED.  They also cleaned it up in record time because the big kids read a sign that said they'd get a prize if they cleaned the playroom.  We also had pie and or cupcakes and tried to get a smiling picture of the whole crowd. 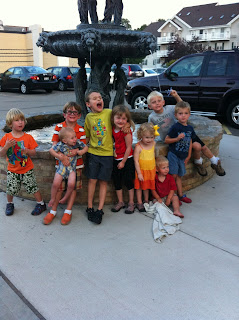 Thursday, the floor people came, and the kids and I were sequestered in the basement.  We had a sad basement lunch. (I ate a naked salad with my fingers.  The kids fared much better). 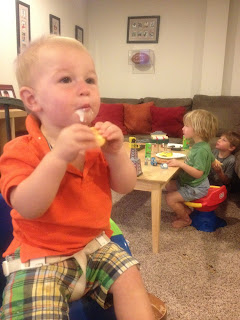 We met the Academomia crew by the lake for a walk 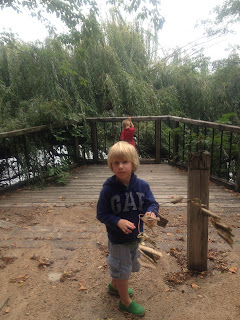 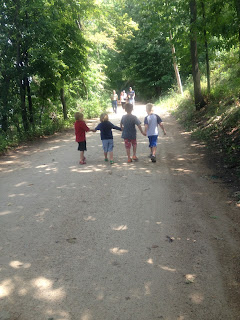 Today, Harry built this guy whom he named 29-armed Larry. 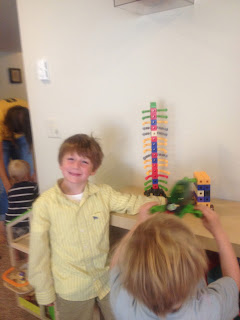 We finished our week of friends with a lunch at Chipotle. 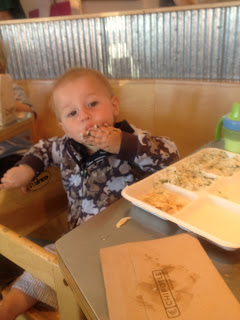 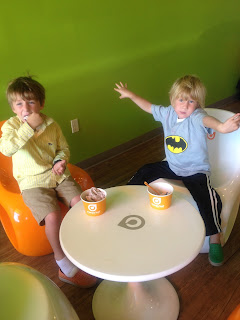 The boys miss their Texas friends, but they were all thrilled when Harry found 3 Buzz Lightyear costumes. 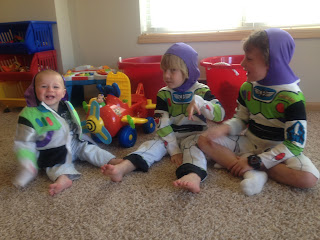 Cooper in a duck suit and a Thor helmet 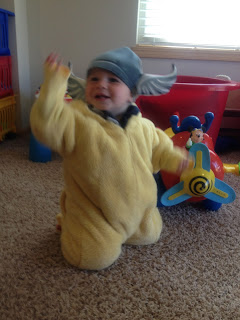 And our brand new hickory floors! 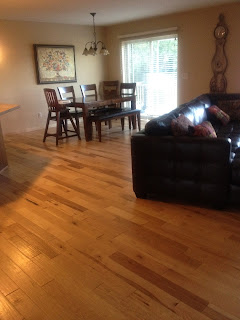 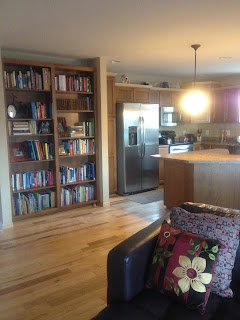 Because I love them 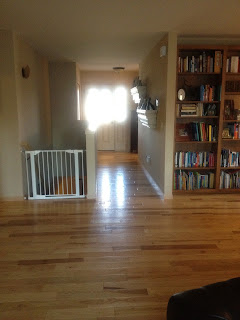 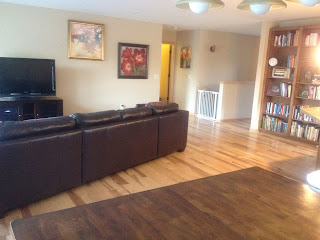 your week sounds a little frantic, but fun, and your kids look very happy and the floors are beautiful...Hope everything is okay with the house now..Bomma

Wow, that's a busy week! Thanks so much for hosting us and showing us such a great time!

Thanks again for having us! And the floors look great!

spontaneous hand holding!!!! ::sigh:: Love them. So wish my little guy had been there, too (and me!)

Those floors are gorgeous. GOR. JUS!