This Blog is Mine (Flag in the Ground) HA!

I have commandeered this blog...Sarah is tied up in the closet right now (it's not like that) and on this day, Harry's 362nd day, Harry's dad is telling the Ben and Harry story...no...strike that...The Harry and Dad story...the greatest story ever told...seriously, this story is awesome!!!

Once upon a time Harry and I went on an amazing adventure! 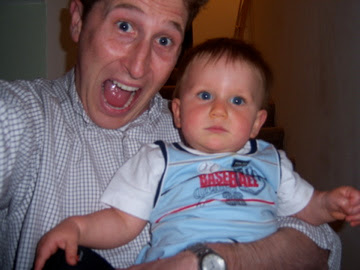 Harry's biological mom had to work and it was a glorious night and Harry and his Dad could not imagine staying inside after dinner, they needed to go out and play. So while Mom skimmed some facist feminist literature; Harry and Dad kiccked ass in the park!!! 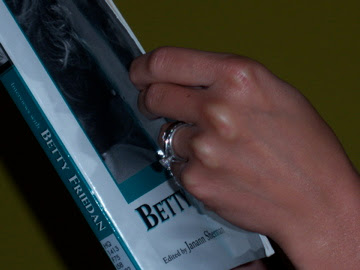 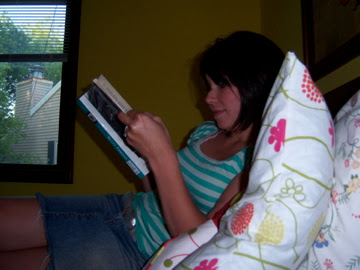 So Harry and I were off on our great adventure to...the park...but Harry's dad had a tough time figuring out how to get the H-bomb...thats what I like to call him...into his seat. 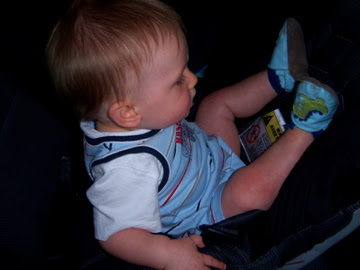 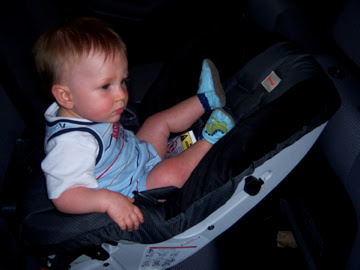 Seriously, I am not that big of a jackass, give me some credit... 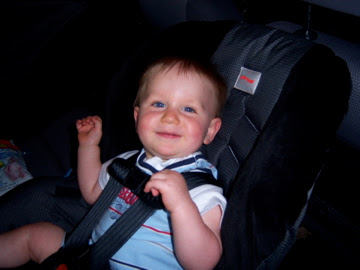 I would never do anything that stupid...I am not an idiot...the picture below I am driving and taking a picture of Harry and Dad. 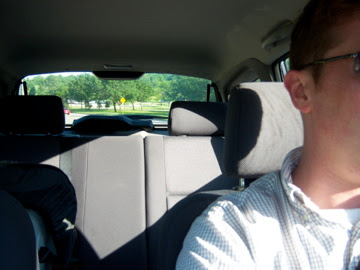 I am watching Big Love right now; polygamy rules, really cool stuff there, something to think about, really consider; something I will address in my next post.

after one and a half full miles, Harry and I finally arrive at the park. We had a pretty great time. 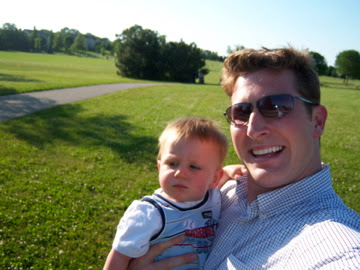 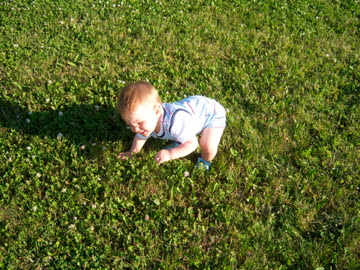 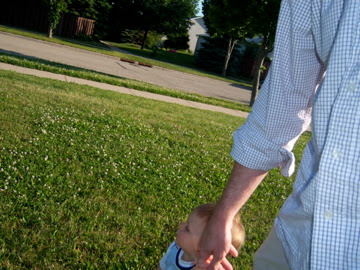 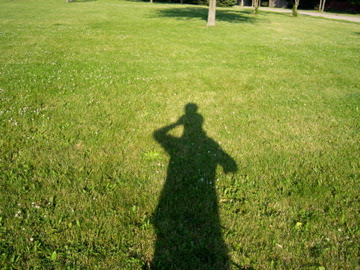 We played our first game of baseball... 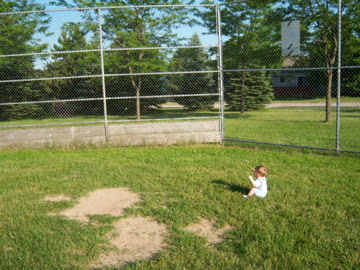 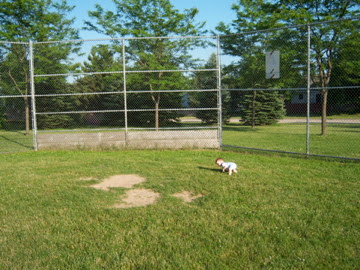 By our first game of baseball, I mean harry sat in the grassy baseball field while I took pictures of him. Had I brought a bat or a ball the game would have been significantly more intense. Harry did enjoy pointing at the this a..k.a. the chain-link-fence. 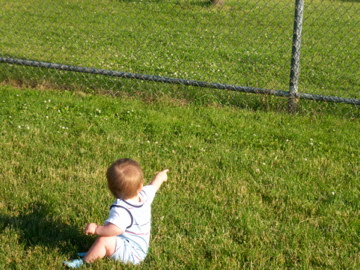 Then Harry attacked me...I muscled those glasses away from him...eventually. He really showed me who was boss. 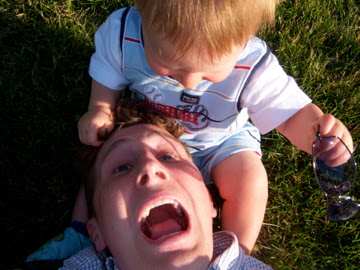 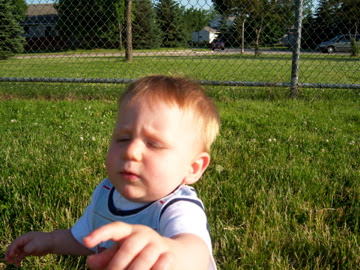 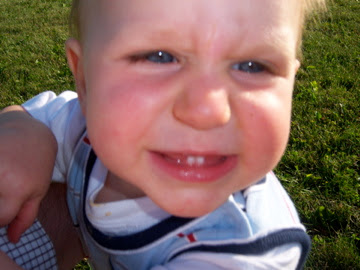 Fortunately for me, Harry got distracted by the ultimate frisbee practice taking place...god he wanted to play so bad...I could barely hold him back. He was really cheering them on...it was a very intense game. 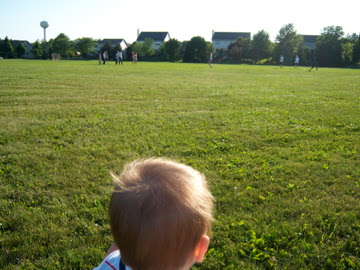 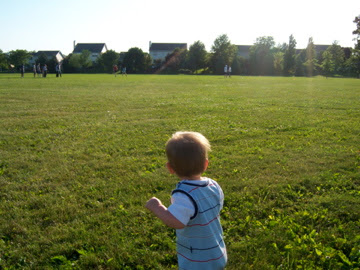 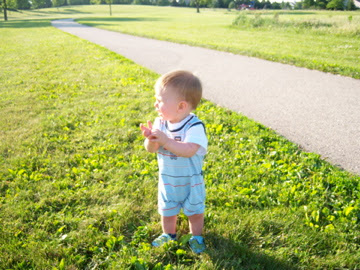 Harry was getting tired so we were getting ready to go when Harry spotted a this. A great big this. He noticed it out of the corner of his eye. It was a beautiful this. The most beautiful Maple this Harry's big blues have ever seen. 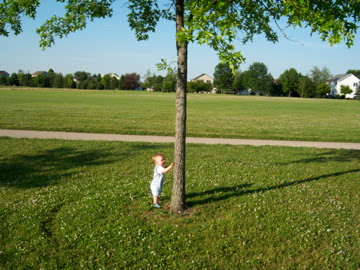 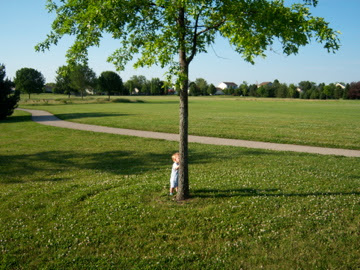 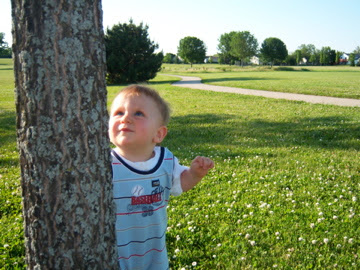 When I went to get Harry from the this I totally smelled poop, so I did what I always do; picked up Harry and smelled his ass. No poop, thank god because I really didn't want to have to drive a whole mile and a half with a stank ass kid...of course I didn't bring diapers, don't be silly I was only a five minute walk from home...gosh. It was actaully dog crap. Niether one of us stepped in it...thank god.

Harry and Dad our final moment at the park. 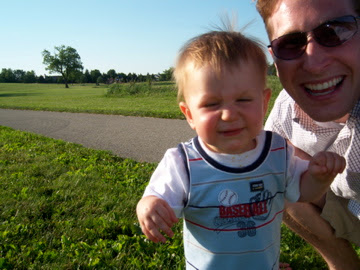 Harry and Dad finally came home after minutes at the park and saw Harry's mom. Harry was so happy to see her. The we all played together untill Harry went to bed.

What a nice story! It looks like Harry had a wonderful time.

so glad that Harry has a participating father...the baby is now a boy and well on his way to being a man with a good example to follow....Bomma

ben: you guys are so cute. I have to quit looking at these pictures and do my damn work already.

What a great dad and a hysterical story. Is there going to be a huge bash for Harry's b-day???

What a great story. I love the worried look on Harry's face when he is in his seat backwards. You can just see him thinking, "O.M.G. This guy is in charge of the family?"
Coincidentally, that's the very thought Harry's Uncle Jon reported having about his own parents when he was 12.Harry just thought of it MUCH younger. The baby's a genius!