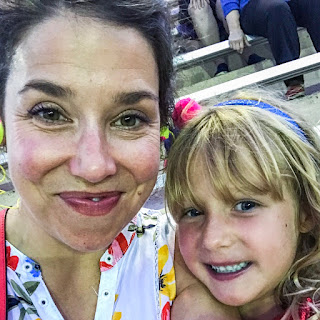 Another holiday, another day to feel EVEN SADDER THAN USUAL. 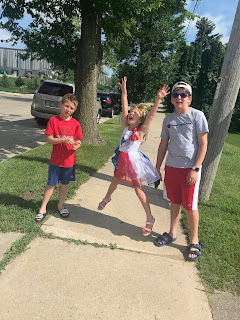 I really like holidays, so feeling so iffy about one is a major bummer for me.  I don't want to be the Scrooge.  You know?

So, we put on our patriotic best and headed to Pekin, even though we have been spending most Fourths with my parents, going to our small-town fireworks show. 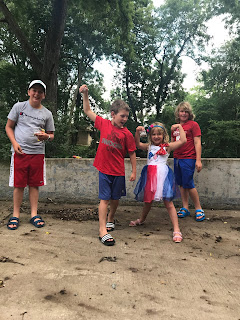 Look closely, and note that Ben is wearing not one but 2 pairs of sunglasses. 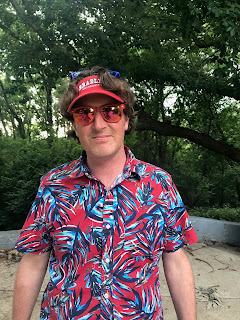 Also, there were poppers. 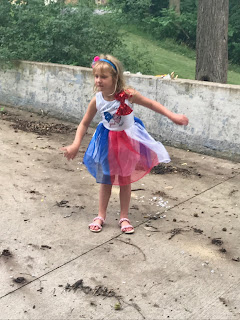 I sat in the way back on the way to the stadium. 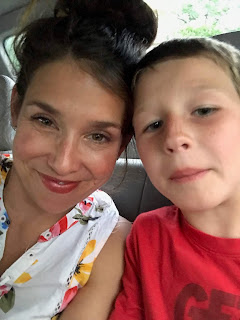 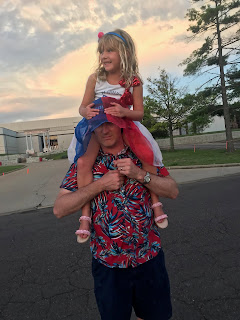 Just think!  If we moved to Pekin, they would be Dragons! 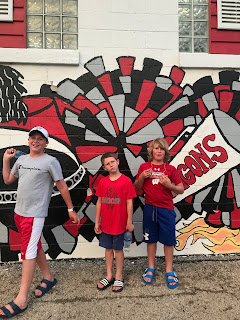 We sat on the other side of the stadium, which was Harry's idea because he thought it would make me less sad.  It pretty much worked. 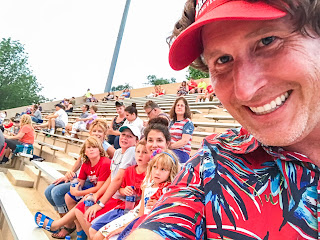 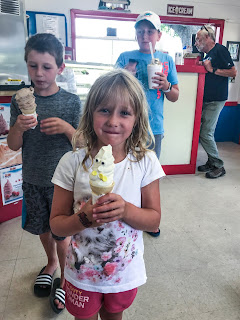 And we continued our trend of being the kind of houseguests who CLASS THE PLACE UP. 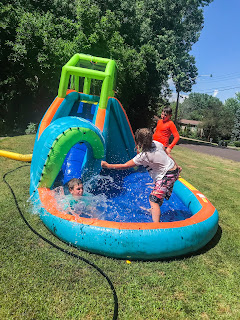 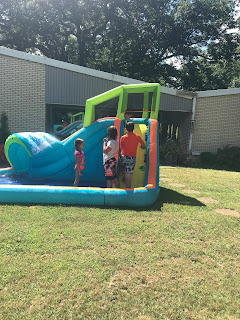 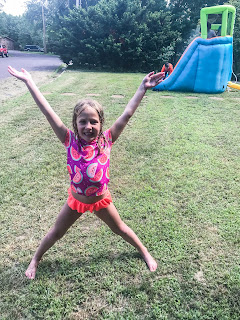 It's sometimes just really hard to grasp that this is our new normal.  Even though it's still pretty great.
Posted by Sarah at 6:00 AM

I love that Harry thinks about how to make you less sad. You’re raising some pretty great kids.